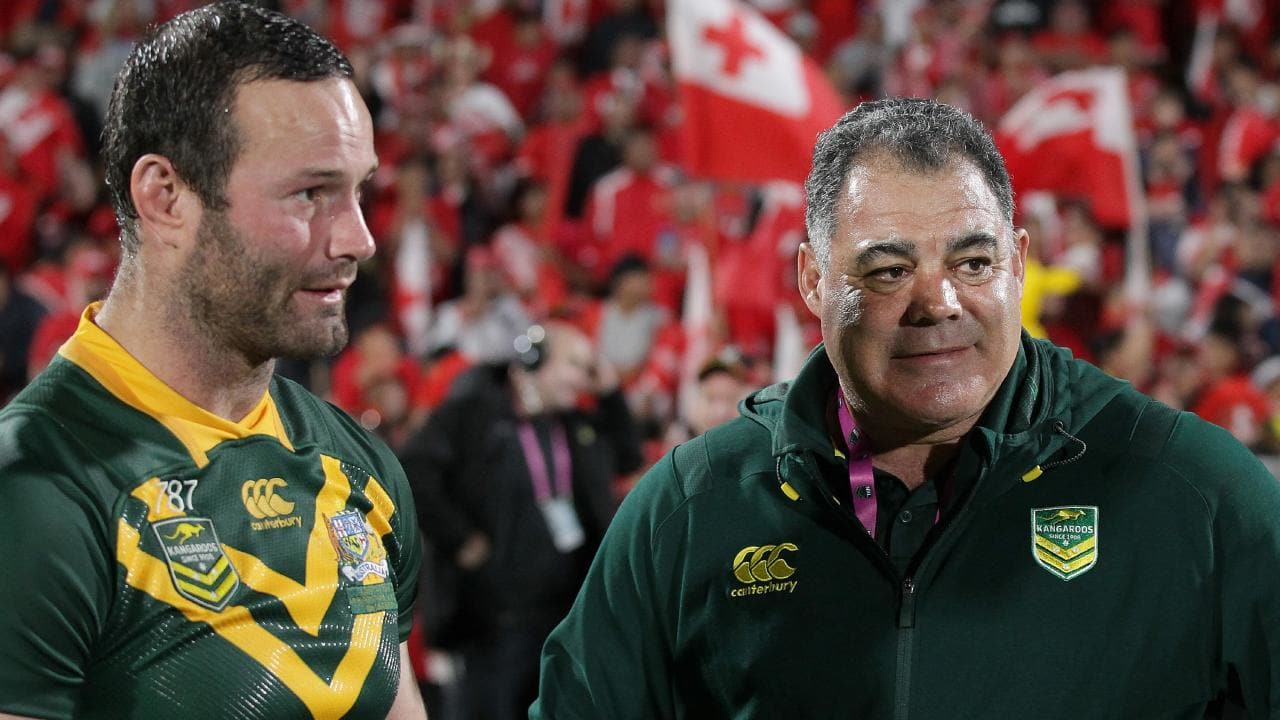 Rugby League Immortal and incumbent Kangaroos coach, Mal Meninga has extended his contract through to the end of the 2021 Rugby League World Cup in England.

Meninga was appointed Kangaroos head coach in December 2015 and led the team to a Rugby League World Cup win in 2017, having not lost a match throughout the entire tournament.

“I’m incredibly honoured to continue to coach the Kangaroos and in particular, have the opportunity to coach the team to another World Cup campaign,” Meninga said.

“Playing for my country was for me the pinnacle of my career and I know that every player I’ve coached as part of the Kangaroos has felt similarly.

“We’ve worked hard to respect our past and take the spirit of former players with us every time we represent Australia and our fans.

“I’m looking forward to the next few years with the team and the opportunity to coach at a World Cup in the United Kingdom in 2021.”

Meninga, Kangaroo Number 540, is one of the most decorated players and coaches in the history of the game, having coached Canberra Raiders (1997-2001) and Queensland (2006-2015), while previously playing 46 Test and World Cup matches for the Kangaroos, 32 State of Origin matches for Queensland and captaining the Raiders to three Premierships.

“Mal is a legend of our game with a revered presence wherever he goes,” Mr Beattie said.

“He has instilled a strong sense of history and values into the national team fabric and has created an enormous sense of pride in the Kangaroos jumper.

“He has also lifted the profile of international rugby league significantly at a time when it is a real focus of the Australian Rugby League Commission.

“Mal also ensured that our women’s national team – the Jillaroos – are equal to our Kangaroos when it comes to national pride, presence and opportunity and that’s something that hasn’t been lost on both sets of players and fans.

“The rugby league community wishes Mal the very best over the next few years.”