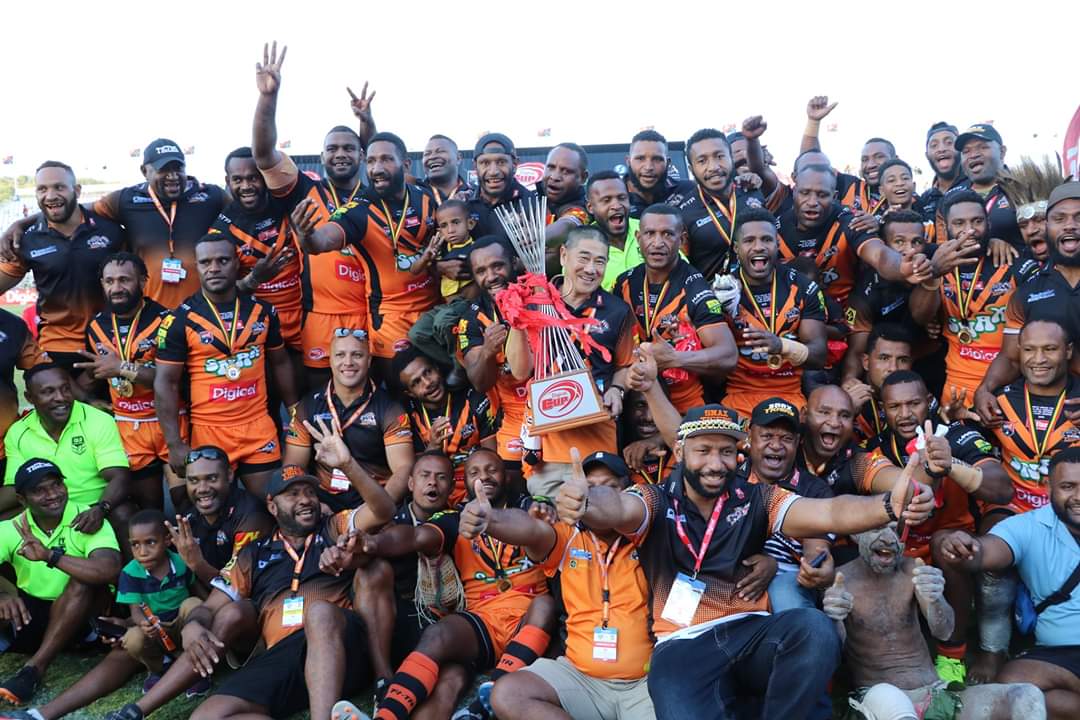 The Lae Tigers are the 2019 Papua New Guinea Digicel Cup Champions after defeating the Hela Wigmen 15 – 4 in Sunday’s Final.

Played in front of a capacity crowd at the National Football Stadium in Port Moresby, the Lae Tigers ended the Wigmen’s giant killing Finals run to claim their third Premiership in four years.

The Hela Wigmen, who finished the regular season in sixth, won three elimination Finals in a row to secure the opportunity to face the Minor Premiers in the Final.

The Tigers win is the fifth National title won by a Lae team since the PNG National Rugby League was introduced in 1990, with the Lae Tigers also winning in 2016 & 2017, whilst the Lae Bombers won titles in 1995 and 2002.