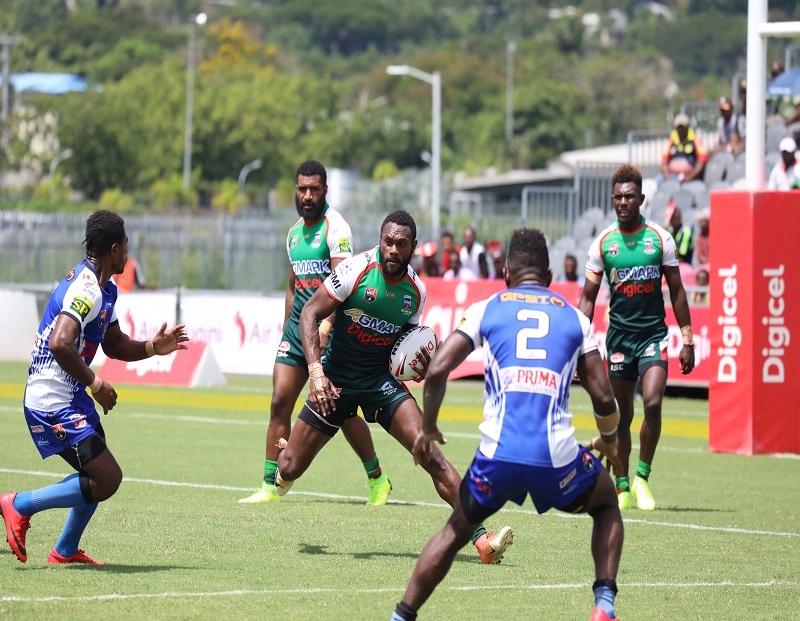 The PNG National Rugby League Competition (PNGNRLC) has confirmed that the Top Six Teams after 18 rounds of competition in the season proper which ended two weeks ago on August 4, 2019 will be played in the finals series starting this weekend.

PNGNRLC Manager Stanley Hondina said due to the competition expanding to 12 clubs this season, the Top six Finals format adopted from the QRL Intrust Super Cup will be used.

Hondina said the elimination finals start this Sunday August 18, 2019 when the losers bow out.

“Game 1 on Sunday at 1.00pm at the Oil Search National Football Stadium in Port Moresby will see Rabaul Gurias (3) take on Kroton Hela Wigmen (6) followed by Game 2 Goroka Lahanis (4) up against Mt Hagen Eagles (5) at 3.30pm.” Hondina said. “Lae Tigers and Waghi Tumbewill have another week off.”

He said the winners will advance to the minor semi-finals. “In Week 2 the following weekend will see the major semi- final (Game 3) betyween Lae Tigers (1) and Waghi Tumbe (2) with the winner going straight to the grand final,” Hondina said.

“The minor semi- final (Game 4) to be played straight after has the two winners from Games 1 and 2.”

Hondina said in the event of a draw at the end of the regular 80 minutes, extra time of 5 minutes each way will be played. If the scores are still tied at the end of extra time, the golden point rule will apply until a winner is determined.