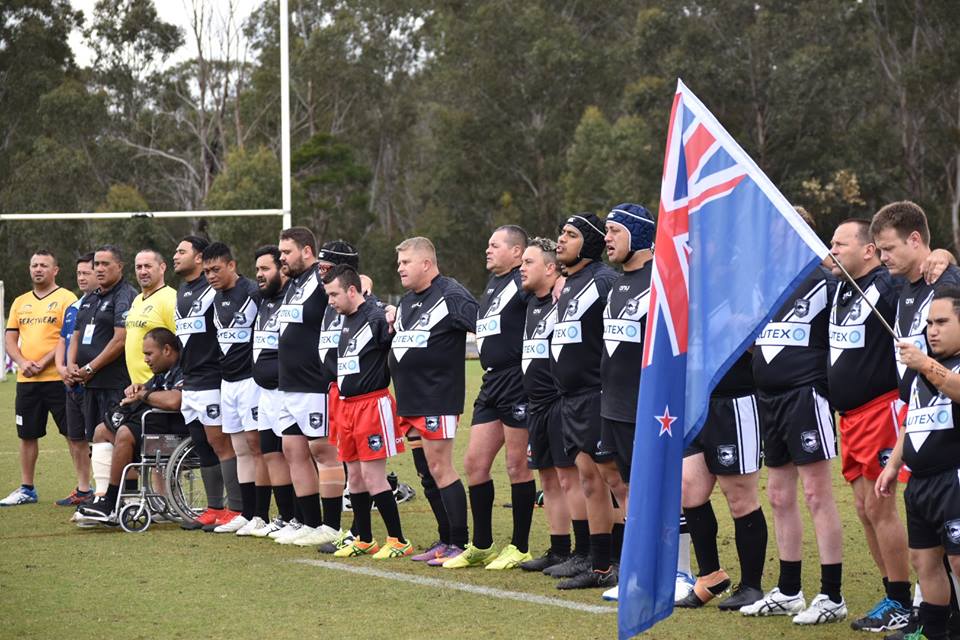 PDRL players to shine on the big stage in Hamilton

The PDRLNZ South Pacific 9’s Challenge will see the Polynesia All Stars take on the Invitational All Stars over two 25-minute halves.

“It is a fantastic opportunity for us,” says PDRL player Gary Endacott.

“What I love about the PDRL is that is an opportunity for people to play the sport that they love but not necessarily in a wheelchair. No disrespect to wheelchair sports, but there has always been way more options for people with physical disabilities to do stuff in wheelchairs.”

Endacott, who is the son of former Kiwis coach Frank Endacott, says people will be surprised by the quality produced by players whose physical disabilities prevent them from being able to play open grade rugby league but stop short of being restricted to a wheelchair.

“The quality of the play, I think many people will find quite surprising, not just the skill factor but also the physical intensity.”

Having started in Australia in 2010, PDRL began in New Zealand in 2015 with a match at the Mt Albert Lions club.

The sport has grown to include regular trans-Tasman competition, including three international matches between New Zealand and Australian sides.

Endacott, who was born with cerebral palsy, has played presidents grade rugby league for 30 years but never dreamed he’d get the chance to play the sport on a major stage.

“Obviously the game is in the blood,” he says. “I’ve done a lot of different sporting things and I can say this with a high degree of certainty: there is nothing that put a bigger smile on my face than actually getting to play the game I love at a level that I always wanted to aspire to. I really thought this would never happen.

“I’ve climbed Mt Kilimanjaro and won world tennis championships in the disabled arena, but I’d chuck all that out the window to do what I am doing now with the league.”

The PDRLNZ South Pacific Challenge is nine players per side, and features players in black shorts who play full contact and red-shorted players who play touch, as well as two able-bodied players to help facilitate play.

Endacott has largely played as a black shorts player however his age and disability level means he is now tending towards the red shorts.

“But I like the physicality of the game. I’m probably a wee bit too physical at times. I’m pretty affected in the legs and I’ve not got the best balance – but physical strength would be as good as a lot of people. And as far as balls skills and things like that, I’ve been a wee bit lucky in the gene pool there!”

The chance to play a curtain-raiser at an international match was a major boost for a sport that was progressing well but still encountered challenges accessing funding and sponsorship, Endacott said.

“We need people to get behind it and NZRL have obviously been very supportive by making sure we are the curtain raiser (game), which is great.”

Sandra Hickey, Founder & Chair of Physical Disability Rugby League NZ, says this is an opportunity the athletes would have only dreamed of.

“We are very grateful to New Zealand Rugby League for the opportunity to showcase PDRL on the global stage, giving our athletes the chance to show off their hard work and play the game in front of an international crowd. It’s a momentous occasion that will have long-term benefits on the growth of PDRL.”

“We are delighted we have been able to include this fixture as part of our busy international calendar,” NZRL chief executive Greg Peters said.

“We are always looking to provide more opportunities for our players to play this great game, despite what level they are, where they’ve come from or if they have a disability or not. Rugby league is inclusive and having our PDRLNZ athletes take the field in October is really exciting.

“Going forward, we are working to provide more regular opportunities for our PDRLNZ athletes to showcase their skills on the world stage. The curtain raiser match is an important milestone and hopefully, the beginnings of what’s to come.”