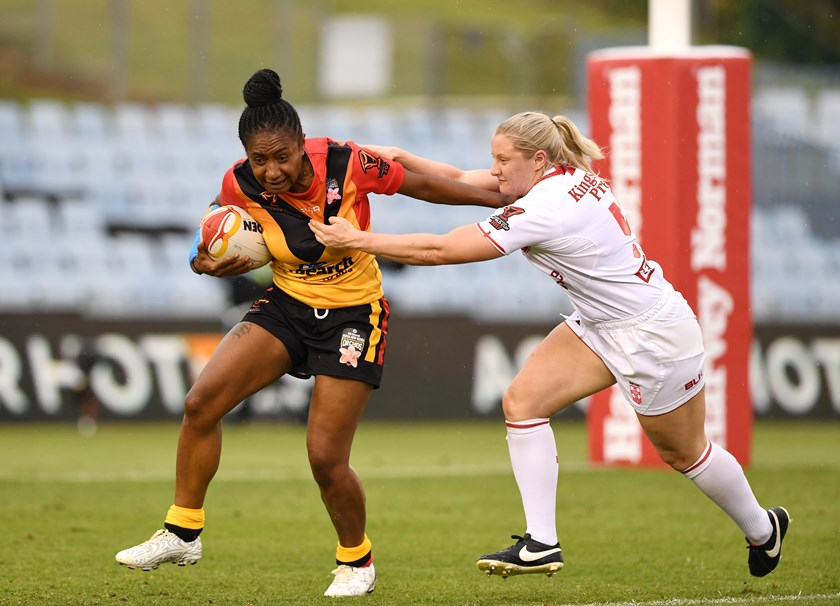 Oil Search PNG Orchids coach Nigel Hukula has named Amelia Kuk as captain for Saturday’s inaugural Pacific Test against Fiji in Sydney. The 23-year-old from Western Highlands becomes only the second captain of the national team at test level, after Cathy Neap. Kuk will lead a new-look Orchids team with 13 debutants in the 18-woman side currently in Sydney.

“She brings that leadership, and she brings together the players who are based in Australia as well as the PNG-based girls, by speaking Tok Pisin and also having that understanding of where we are in women’s rugby
league and where we want to go,” Hukula said.

“Amelia has a lot of experience and she’ll be backed up well by vice-captain Carol Humeu,” Hukula added. “Amelia has shown how keen she is to be back with this group of girls and help them to mould together and make a mark for us in this game.”

Kuk said: “I’m very humbled to be named captain for this weekend’s test match. It’s a privilege to just put on the PNG jersey but to be named captain is a huge honour. We’ve got a great bunch of girls who are buying into what we are trying to do here and I can’t wait to lead them out on Saturday.”

Amelia became Orchid No. 21 when she debuted in the 2017 Rugby League Women’s World Cup against England in Sydney.

She was a member of the Brisbane Broncos women’s team that won the inaugural NRL Women’s premiership in 2018.
She has also represented the Australian Jillaroos, Queensland Maroons and the PNG Rugby 7s team.

Amelia currently plays with Ipswich Brothers in Brisbane. She works full-time as a nurse and in her spare time, on a program building mental resilience for athletes.

The Oil Search PNG Orchids take on Fiji at 3.40pm this Saturday 22 June at Leichhardt in Sydney.