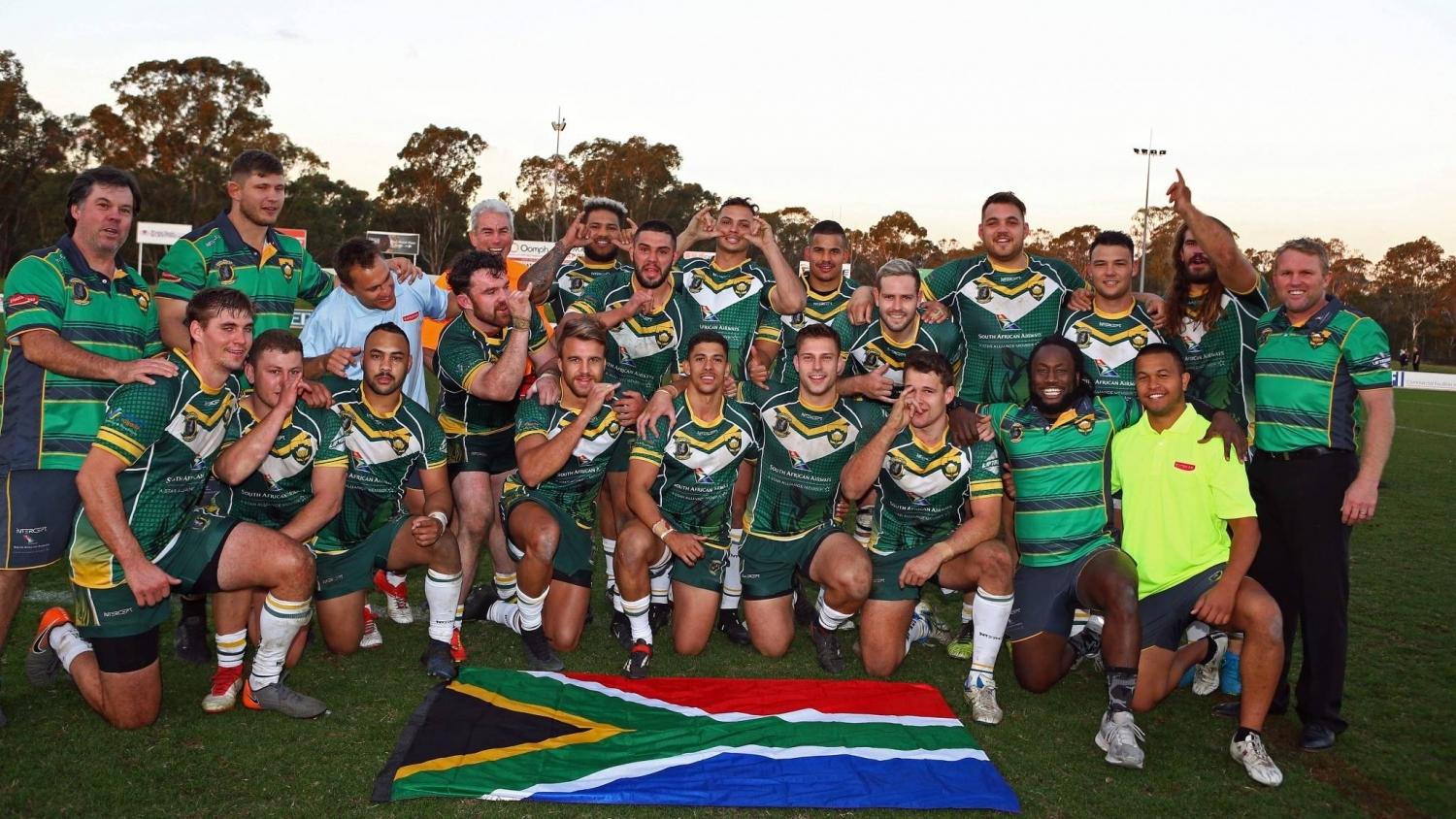 South Africa have named their train-on squad for the world cup qualifier to be played against the Cook Islands at Wentworthville in Sydney on June 21st, kick off 7:00pm

As is evident in our matches against Malta and Italy last year, the players commitment is unrivalled, and we have a good blend of youth and experience