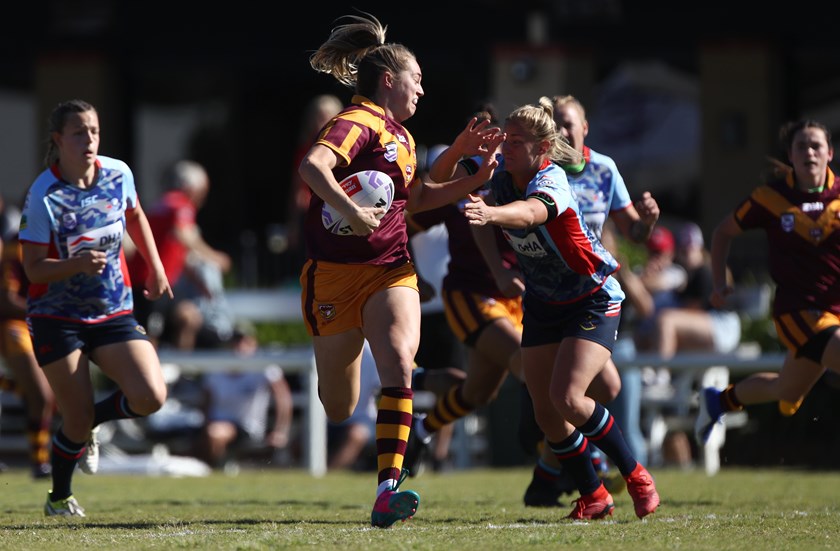 NSW City and Country sides have recorded big victories over the Combined Affiliate States and Australian Defence Force on day one of the Harvey Norman National Championships.

NSW Country proved too classy for a gallant ADF outfit, cruising to a 54-0 victory.

The reigning champions ran in 11 tries in a complete 60-minute performance, with Shakiah Tungai crossing for a hat-trick and St George Illawarra teammate Kezie Apps scoring an early double.

Former Jillaroos playmaker Simone Smith made a strong return to the representative arena after ACL surgery last year in a major boost for Country’s quest to go back-to-back in the tournament.

Smith set up three tries in a superb display that wouldn’t have gone unnoticed ahead of State of Origin selection in a fortnight.

Earlier in the day, NSW City came out firing in the opening game of the championships to post a comfortable 46-0 win over CAS, who boast a mix of players from states and territories across Australia.

Kiana Takairangi, sister of Eels centre Brad Takairangi, crossed for a first half hat-trick for City, while left edge teammate Corban McGregor (3), Sarah Togatuki and Botille Vette-Welsh all got over the line.

CAS fought back in the second half, muscling up in defence and restricting City to just two tries in the final 30 minutes.

City debutant Shaylee Bent crossed for a four-pointer in the 42nd minute before McGregor iced the game with her third try of the afternoon on the full-time siren.

NSW City lost halfback Maddie Studdon to a minor back issue, while Australian Jillaroos forward Simiama Taufa was rested after a head knock earlier in the week.