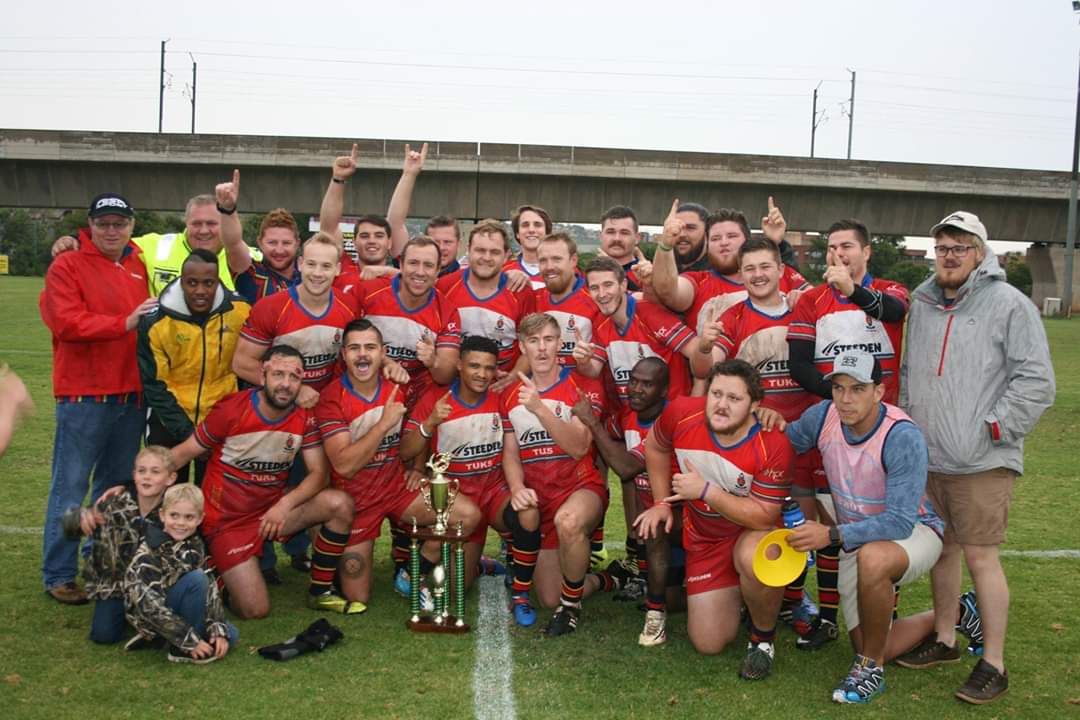 The University of Pretoria Tuks Reds have successfully defended their Gauteng Rhino Cup title after defeating the Tuks Blue team in Saturday’s Final.

Played at the Grizzlies Fields in Pretoria, the Reds were too strong for the other University of Pretoria team, running out 55 – 22 winners.

The University of Pretoria Tuks Reds will now play the Loskop Leopards in the National Rhino Cup Final next Saturday.

The Leopards defeated the Middelburg Broncos in the Mpumalanga Cup Final last November, running out 57 – 30 winners.

The cross-border match will take place in Pretoria. The curtain raiser match will be between the Mpu Cup runners up, the Middelburg Broncos, and the Pretoria Bulls Blue, with both sides playing for the Protea Cup.