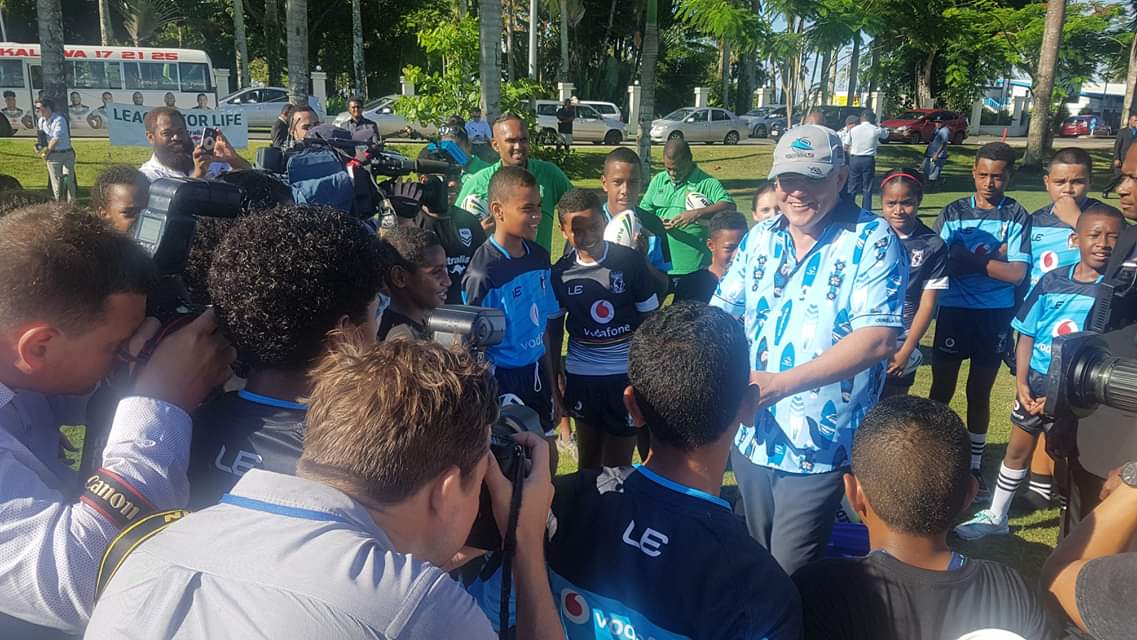 NRL teams will play pre-season trial matches in Pacific nations for the next three years.

The announcement, made by Prime Minister Scott Morrison in Suva on Friday morning, will see at least two NRL Telstra Premiership teams play an official trial fixture within the region in 2020, 2021 and 2022.

Players and coaches will be in-country for a number of days prior to each of the fixtures to prepare and train, as well as participate in NRL and Department of Foreign Affairs and Trade (DFAT) programs targeted towards promoting social inclusion, participation, equality and health and wellbeing.

The Australian Government have also included funding support for an elite-level rugby league team in Fiji to compete in the NSWRL Intrust Super Premiership.

Minister for Foreign Affairs Marise Payne said sport has been a longstanding element of Australia’s engagement in the Pacific.

“These announcements are part of the Australian Government’s commitment to the Australia-Pacific Sports Linkages Program which will deliver $40 million in grants over five years to support the development of sport throughout the Pacific,” Minister Payne said.

“Sport has been a longstanding element of our engagement in the Pacific. This new program recognises the role and reach of sport as a major connection between Pacific and Australian people and communities.”

NSWRL General Manager of Football Barrie-Jon Mather said the decision was a great vote of confidence in the game’s future in the Pacific and their hopes to play second tier Rugby League.

“The announcement of support by the Australian Government substantially assists the bid team, led by Petero Civoniceva, and puts them a step closer to realising their dream of having a Fijian team play in our elite competition,” Mather said.

Minister for Sport Bridget McKenzie said the announcement recognises the power of sport to bring people and communities together to build stronger ties.

“Rugby League is incredibly popular in the Pacific Islands and if we can translate that into greater grassroots participation, we know that it will lead to more active and healthier participants,” Minister McKenzie said.

“Investment in NRL programs such as this in the Pacific is helping to promote healthier communities. We know that children who grow up playing sport are 10 per cent more likely to remain active as adults and fitter children are more likely to achieve better academic results.”

The NRL Head of Government and Community Relations, Jaymes Boland-Rudder, said the announcement was a fantastic endorsement of the positive impact Rugby League has both on and off the field throughout the Pacific.

“We thank the Prime Minister, and the Department of Foreign Affairs and Trade, for generously supporting and raising the profile of the lasting impact Rugby League is making for women, children and men throughout the Pacific,” Boland-Rudder said.

“The NRL trial matches, alongside the assistance provided towards funding the proposed Fijian-based team in the NSWRL Intrust Super Premiership, will have a profound impact in inspiring our proud and passionate Pacific neighbours and their communities.”

The NRL will work directly with NRL Clubs before confirming which teams will participate in the Pacific trials at a later date.