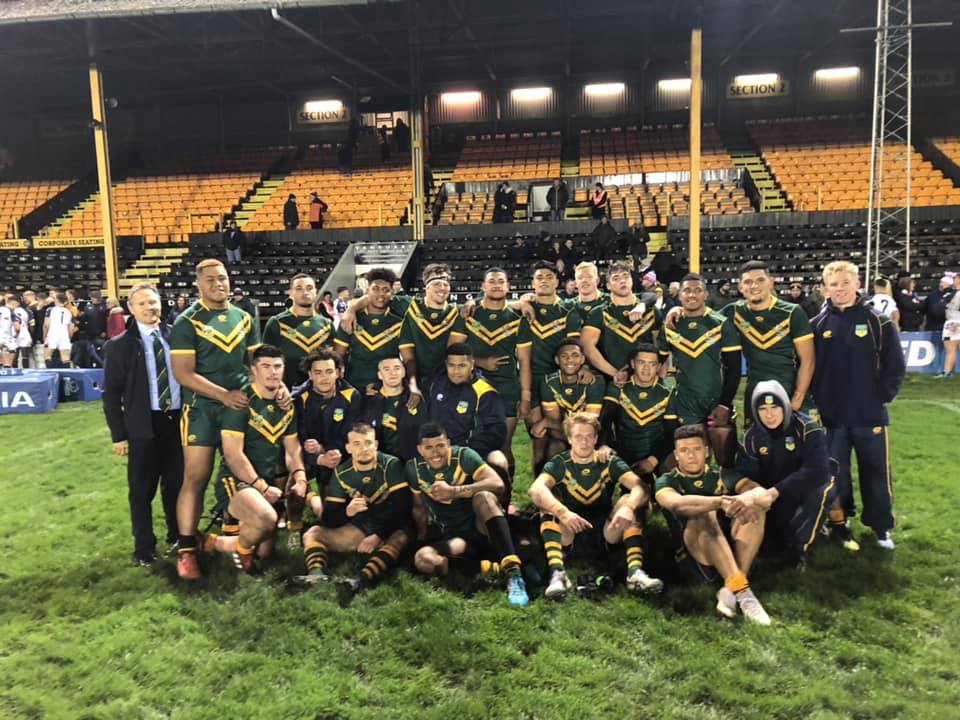 Leeds Rhinos’ Jack Broadbent scored twice as the Australian Schoolboys recovered from a 16-4 deficit early in the second half to overcome Yorkshire Academy 30-22 at Castleford Tigers’ Mend-A-Hose Jungle on Wednesday night.

Yorkshire led 12-4 at half-time thanks to tries from Tom Holroyd and Mikey Lewis, who kicked two goals, either side of a Star To’a try for the visitors.

Broadbent got the hosts off to a flying start in the second half, and his second score, converted by Rown Milnes, made it 22-all after an hour.

But a Zac Cini double, plus tries from Ryan Gray, Stephen Crichton, kicker of two second-half goals, and Tommy Talau saw the Schoolboys over the line.

A full-blooded start saw both sides complete their sets early on, with Holroyd rewarded for his barnstorming runs with a try as he muscled over from close range after seven minutes, Lewis converting from close in for 6-0.

The visitors struck back through To’a after back-to-back penalties.

Stephen Crichton couldn’t convert and Yorkshire ripped back into their opponents, forcing a series of errors from the Australian youngsters and City of Hull Academy’s Lewis took full advantage, pulling off a ball steal before sneaking over, converting his own try to make it 12-4 at half time

The interval didn’t halt Yorkshire’s momentum either, and Leeds’ Broadbent scored wide on the left after the hosts forced a drop out within minutes of the restart.

Luke Robinson’s side were 16-4 up with 44 minutes played, but a shuffle of the Australian pack sparked a fightback.

Cini, who started the evening on the wing, moved into the halves and Ryan Gray was introduced at hooker.

And the pair combined on 48 minutes for Cini to dive over, Crichton goaling to make it 16-10.

Cini was in again three minutes later, Gray laying the platform, and Crichton converted to make it 16-all.

Australia had all the momentum and hit the front for the first time on 54 minutes, Gray diving on an inventive kick from winger Jason Saab – Crichton making it three from three with the boot in the second half.

With confidence flowing, the Schoolboys then saw their pockets picked by Broadbent who intercepted before scooting over the line, Rowan Milnes converting to make it 22-all after an hour.

In a hard-fought final quarter, it was the Schoolboys who had the ultimate edge, Crichton going over on the left edge after a Bradman Best offload, before Tommy Talau, son of St Helens legend Willie, used his agility to find his way over on 70 minutes and make it 30-22.

And that’s how it stayed as the Schoolboys get ready for a clash with Lancashire on Saturday.