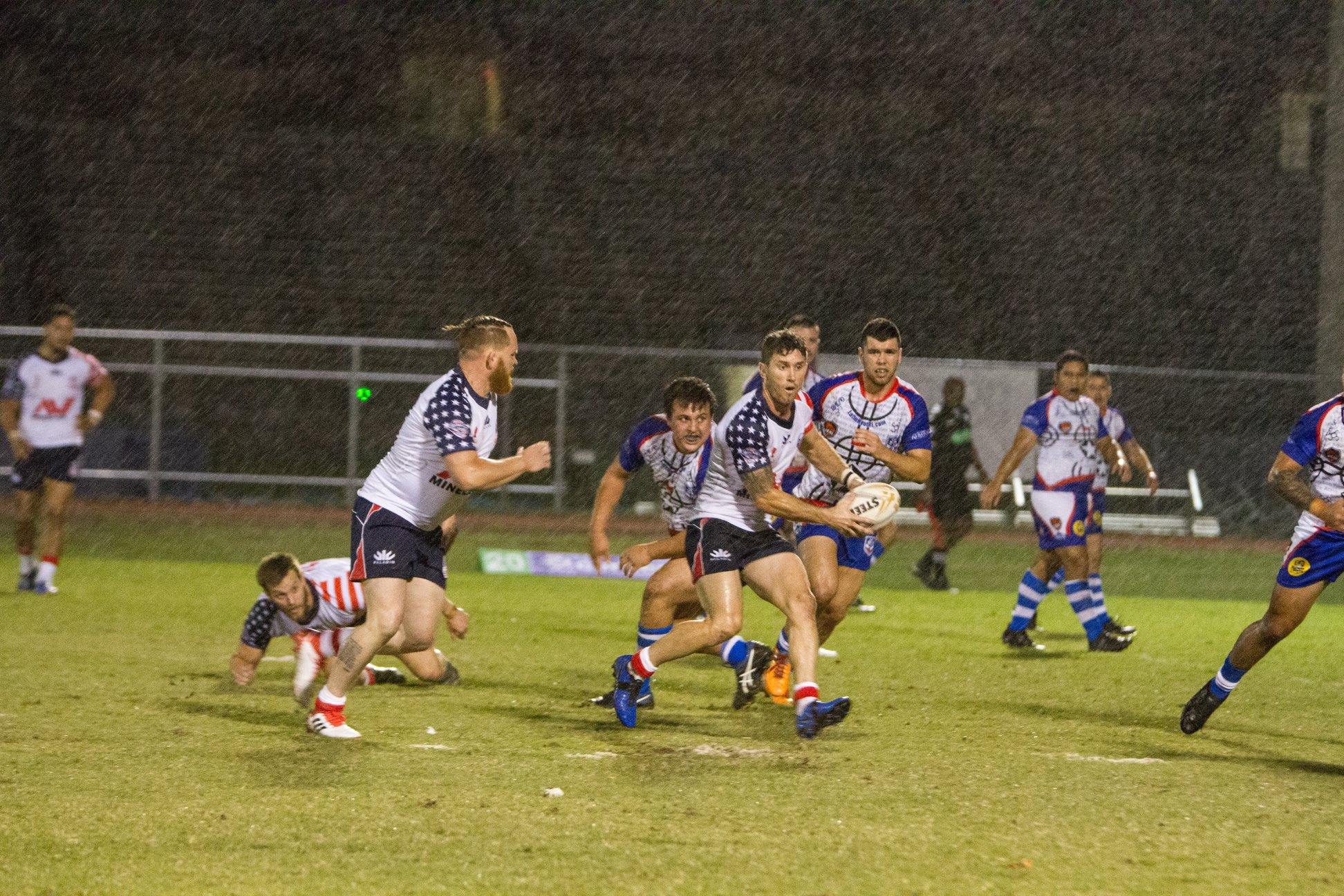 USA too strong for Chile in World Cup Qualifier

It was a baptism of fire for newcomers Chile as they were manhandled by the USA Hawks in the first round of the Rugby League World Cup Americas region qualifying series.

Playing at home in front of enthusiastic fans, the Hawks beat the Weichafes 62-0 on a wet and miserable Tuesday night at the University of North Florida in Jacksonville.

Apart from the opening seven or eight minutes when the South Americans retained the ball, the home team dominated possession and territory and made every post a winner.

The US led comfortably 34-0 at halftime.

However, as has been the case in previous qualifying series, the USA’s pack controlled their opposing numbers and set the tone of the game.

Captain Mark Offerdahl scored two tries, an effort that earned him the reward of an early night. Also scoring doubles were backs Ryan Burroughs and Bureta Faraimo, while backrower Danny Howard also got on the board with a single.

Faraimo added all the extras.

The night got off to a bad start for the Chileans as their kit didn’t arrive at the ground in time for the game, so they were forced to wear a strip that was similar in color to the USA’s kit.

Hawks head coach Sean Rutgerson says in the early stages the Americans weren’t sure what to expect from their opposition, but not long into proceedings they realized they were up against a team that was new to this level. “We still had to defend because they ran hard and made us tackle them, but we just had a bit more experience.

“It was a good chance to give some of the other guys plenty of game time just so they can get used to that level and they went well.”