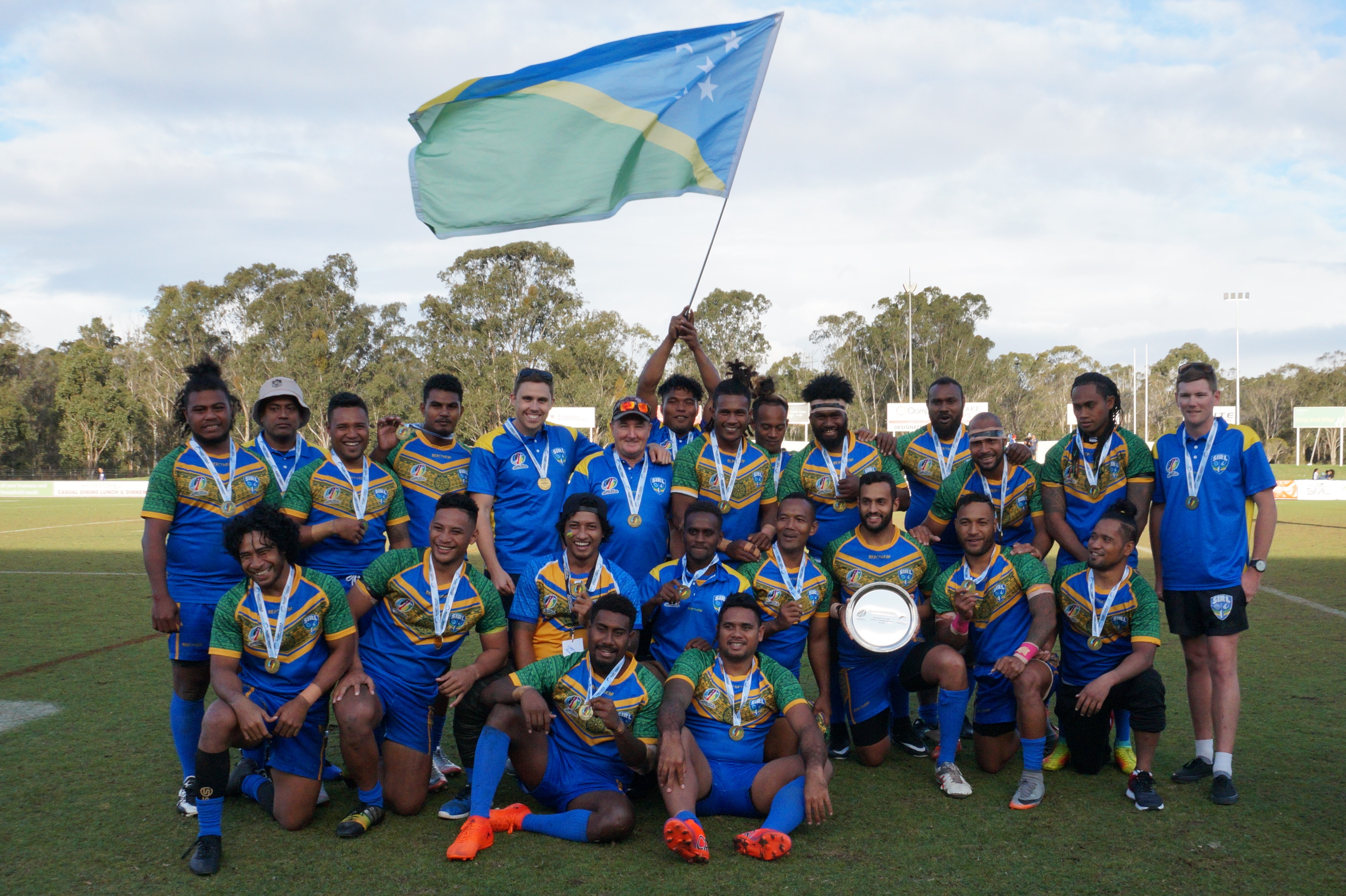 Solomon Islands have been known for their fast starts in this tournament and they lived up to their reputation when Moses Singamoana broke from the base of a scrum on his side’s 20-metre line, fending chasers off to squeeze into the corner.

The conversion was missed but it mattered little as, from the restart, Solomon Islands crossed again, this time on the opposite side. Henry Angikumua broke down the left edge to speed away and ground the ball under the posts. This time, Eddie Moe’ava converted for a 10-0 lead.

Moe’ava grabbed his side’s third try in nine minutes of play, which he also converted to stretch the lead to 16-0.

After 15 minutes of defending Hong Kong were finally allowed to do some attacking. Blaise Barnes spun and fended away from would-be tacklers, eventually finding a hole to dive through and putting his side on the board for an unconverted try.

Solomon Islands responded on the 20-minute mark through Angikumua, before Timo Sanga joined the growing list of scorers when Jimmy Maebata returned the kick off, beat two men and tipped the ball on for Sanga to race into the corner on the first tackle. The kick swung to the left of the posts making it 24-4.

Huge breaks from Frazer Manau and Moe’ava set the platform for the Solomon Islands’ next try, leaving Carlwyn Tengemoana with a simple push over less than a metre from the line. The conversion was missed

Hong Kong’s Craig McMurrich was sin binned for the third time in this competition after throwing punches in back play. He was joined by Solomon Islands’ Darywn Tongaka and the referee blew half time with Solomon Islands leading 28-4 over the Thunder.

Hong Kong made a substantially better start to the second half, Richard Lindsay forced his way over the line to lift Hong Kong’s spirits, but Brendan Lee missed the kick for a scoreline of 28-8.

Clearly not content with one try, Manau grabbed his second less than 60 seconds later and in near identical fashion, the kick extras added to take the Solomon Islands to a 40-8 lead.

Further tries followed from Daniel Saomatangi and Angikumua (his third), bringing the margin to 50-8.

With the clock winding down, McMurrich found his way over for Hong Kong to take his side into double digits and the scoreline to 50-14.

Moe’ava responded for the Solomon Islands, racing clear for a 60-metre solo effort and converting it to cap a memorable 56-14 victory.