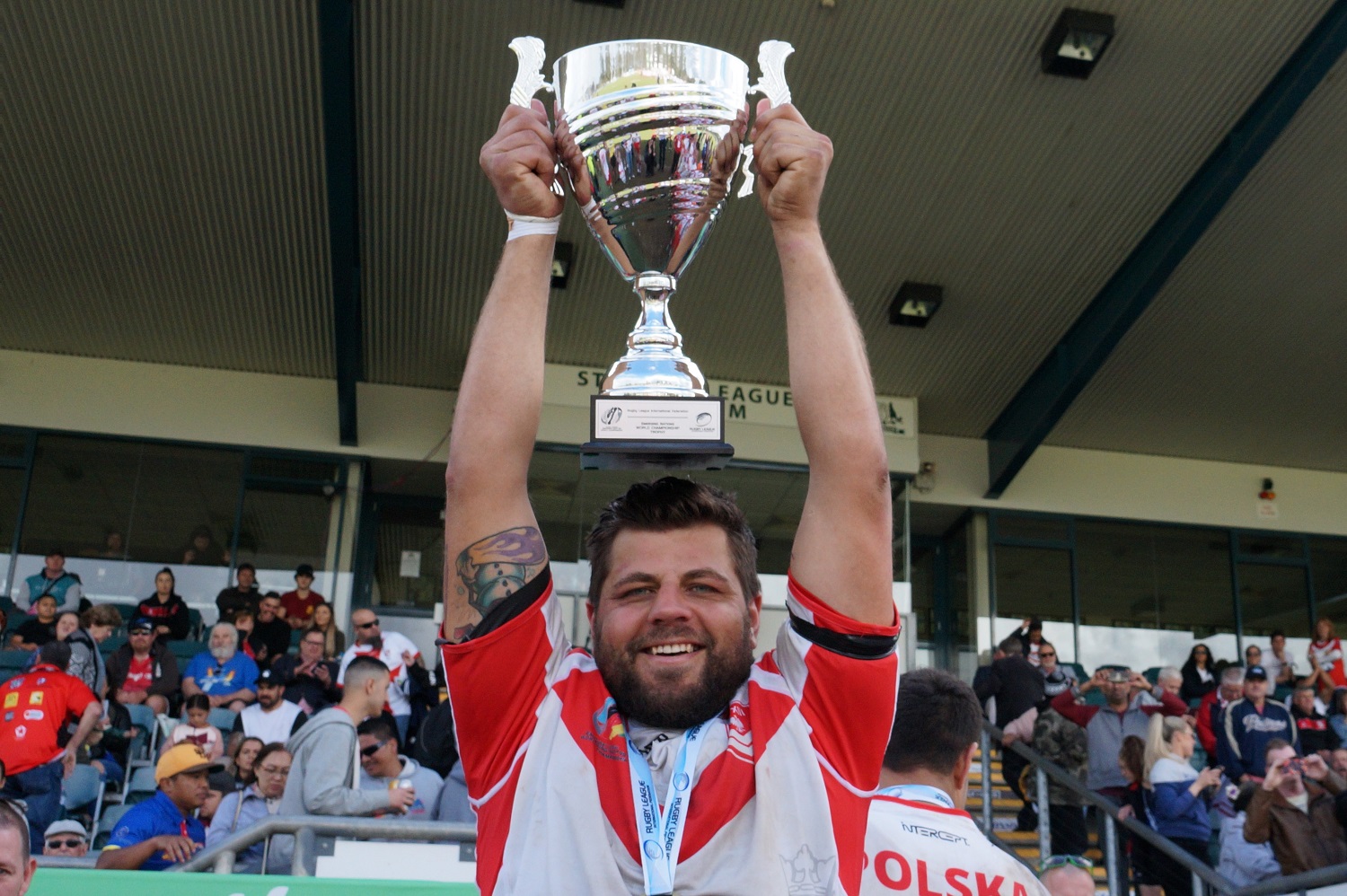 Poland held on against a valiant Philippines side to win 14-10 and claim 5th spot overall in the Rugby League Emerging Nations World Championship.

Poland would make a dream start to the final, opening the scoring inside the third minute as Ethan Niszczot stepped and fended away from contact 20 metres from the line to go over under the sticks.

Niszczot converted his own try to take the score to 6-0.

Poland extended their lead after some sloppy marker work, nobody anticipating that Chippie Korostchuk would opt to go the short side.

The big second rower smashed over the top of Goodwin to extend the lead of the Polish side to 10-0, the conversion hitting the post and missing.

Poland continued to dominate the first half, with barnstorming runs tackle breaks anywhere and everywhere on the field, though the Philippines hung on and denyied the Polish side more points, giving them hope of a comeback.

Harry Siejka benefited from a spilled ball from a chipped kick one minute before halftime, the ball coming loose and the halfback was the fastest to react and dive over into the corner, giving Poland a 14-0 lead at the halfway point.

The Philippines made a bright start to the second half, a penalty piggybacking them to within 30 metres of the Polish line on their first set of the half.

The Philippines turned this field position into points, shifting the ball through the hands and Richard Goodwin crossed over into the corner, the conversion was missed.

Goodwin had a great opportunity to close the gap further with 20 minutes to play, a kick stabbed through for the fullback, though Goodwin was tackled and the ball dislodged to prevent a sure try.

Try as they may, the Philippines were unable to crack the Polish defence, spreading the ball and trying to stretch them.

Eventually Stephenson found space on the edge but was clawed down and manhandled into touch by the cover.

The Philippines big break would finally come with nine minutes left to play, with Daniel Kucia receiving a short ball at the line, spinning out of contact and grounding the ball and give the Tamaraws some hope.

The last minute would be filled with close chances for the Philippines, with a kick skipping off the turf and onto the goal post pads, though Poland scrambled to grab the ball and deny the Tamaraws a chance to steal the game from under Poland’s noses.

Poland hung on and lifted the trophy after winning 14-10.