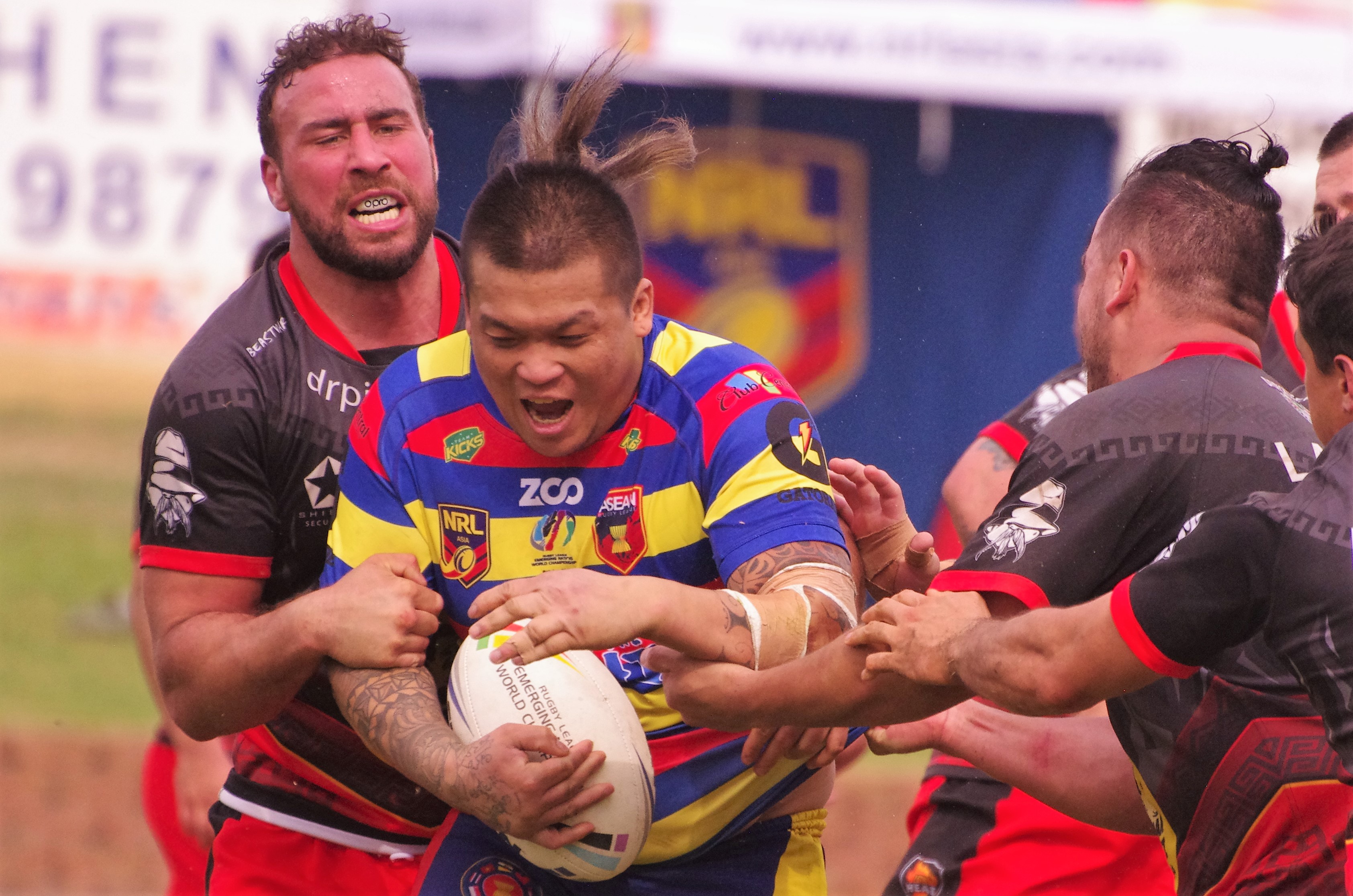 ASEAN claimed third place in the regional Confederations Cup tournament at the Emerging Nations World Championship, defeating Latin Heat 18-14 in an exciting contest to kick off the final day of the tournament.

The teams seemed to have each other’s measure in the opening stages, with only handling errors giving either side an advantage. But it was ASEAN who struck first through Ryan Clarke, who burst through off the scrum close to the line. The try was converted by Tyler Chant to give ASEAN a 6-0 lead.

Aided by a penalty, Latin Heat hit back with a beautiful block play that allowed Brad Millar to stroll in for a try which he also converted to level the scores, which remained at 6-all until half-time.

The second half began with a bit of push and shove but it was Latin Heat who struck first, Alvaro Alarcon scoring in the corner from a bullet cut-out pass from Millar. The conversion was missed, leaving Latin Heat leading 10-6.

Latin Heat suffered a setback when Thomas Garrido was sent to the sin bin and, eventually, ASEAN took advantage, putting together a great series of passes for Trent Kurnoth to push over, spin and score. Mayfield converted to put ASEAN back in the lead, 12-10.

The game’s fast pace continued with ASEAN making several sweeping runs until a sharp chip over the top followed by a deft catch from Mayfield saw him cross near the posts. Chant converted to take the lead to 18-10.

Kevin McKenzie put Latin Heat back in the game, burrowing over for a try to reduce the deficit to 18-14, but Miller failed to convert.

A perfectly weighted kick from Latin Heat ended up forcing an ASEAN dropout, giving them one last chance to level the scores, but strong ASEAN defence bundled the attacker into touch and secured victory.