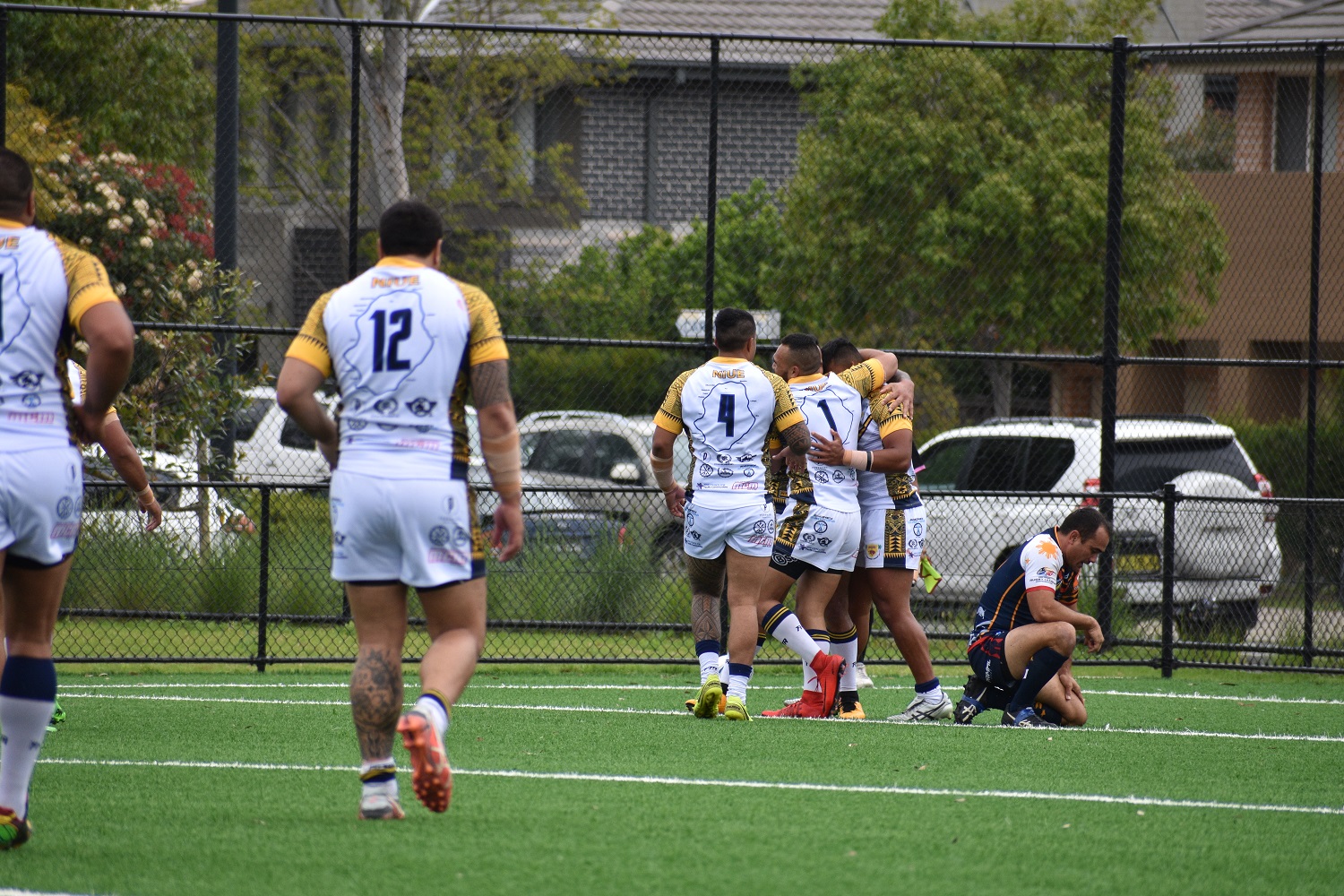 Niue have finished first in their pool after defeating the Philippines 24-12 in the second match of day three at the Rugby League Emerging Nations World Championship.

With both teams mathematically in the hunt to finish at the top of Group A, Niue and the Philippines would do battle to determine who would get to the top..

Malta would need The Philippines to upset a rampaging Niue by less than 42, while Niue just needed a win to secure their spot at the top of the group.

With Malta watching intensely away from the new ground at Kellyville, the Philippines got off to the perfect start.
It would take all of two minutes for the Tamaraws to get on the board, with some fantastic running by the Philippines forwards giving them fantastic field position.

A quick play the ball on the last would see Paul Sheedy charge over from two metres out, going over a defender to score right underneath the uprights.

Jordan Bien would make no mistake from right in front to make it 6-0 after three minutes.

Niue would hit back ten minutes later thanks to some beautiful second phase play, with Zeb Luisi sending the ball to Latrell Schaumkel who sliced straight through the Tamaraws defense and planted the ball down in the right-hand corner.

Jacob Samoa would have a tough attempt from the right hand touchline, missing it to the left to leave it at 6-4.

Niue would go over again just minutes later, with the Philippines defensive line stretched out thin.

The ball would go through the hands of the Niue squad, finding Justice Utatao and the winger would bust through a solid three man tackle, quickly sprinting away from the Tamaraws defense to go over for his third try of the tournament.

Jacob Samoa would have a tough second conversion, which he sprayed to the right to leave Niue holding on to a 8-6 lead.

It would be Niue who would go over yet again for their third try in ten minutes, with some slick hands allowing Cyruss Payne to somehow hold on and dive into the right hand corner.

Jacob Samoa would leave this conversion attempt on target, yet a little short, leaving it at 12-6 in favour of Niue.

It would not matter, as some brilliant forward running by the Niue forward pack allowed for an attacking last play.

A lovely, low crossfield kick from Zeb Luisi would see Justice Utatao grab the ball and dance his way under the posts to make it 16-6.

Jacob Samoa would make no mistake this time from in front, converting the chance to make it 18-6.

The Philippines would have plenty of chances at the Niue line in the last ten minutes of the first half, but some stubborn and effective Niue defense would see the score stay at 18-6 at the break.

The weather would take a turn for the worst during the second half, as the rain would start to pour down on Kellyville and the sportsground, and the penalties would ensure that the Philippines would be defending their own line for minutes on end.

George Lolo would make the Philippines pay for their costly penalties, as Lolo steamrolled his way over the Tamaraws defense to plant the ball down just to the left of the uprights.

Jacob Samoa would convert the try to make it an eighteen point game at 24-6 with six minutes gone in the second half.

Penalties and errors would come creeping into the game from this point, with both teams having opportunities to attack the goal line, yet it would be to no avail.

We would wait almost twenty minutes before the next points, with the Philippines bringing themselves back into the contest with some pure effort and drive close to the line.

An offload from Mark Russell would be delivered to Elvis Jensen, who would barge over from close range to bring the Tamaraws back into the game.

Jordan Bien would convert his attempt at goal, leaving the game poised at 24-12 with fifteen minutes left.

The Philippines would throw everything, including the kitchen sink at the Niue defense in order to try and get back over the tryline.

Not even the sin-binning of Zeb Luisi would help the Tamaraws attack, with errors costing the Philippines on both ends of the field.

That effort would come to no avail, as Niue would back up on a three day break to make it two from two and top Group A with the win.