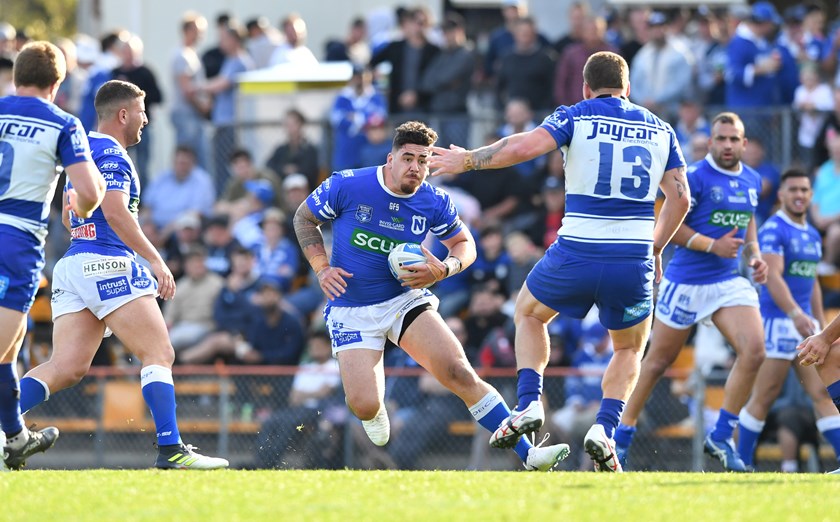 The Canterbury-Bankstown Bulldogs have claimed the 2018 Intrust Super Premiership with a thrilling 18-12 victory over the Newtown Jets at Leichhardt Oval on Sunday afternoon.

Most expected plenty of points to be scored as two of the best attacking teams in the competition went head-to-head in the 2018 decider, but it would be the formidable defence of both sides that ultimately proved influential.

The Jets fired early with tries to Sione Katoa and Kyle Flanagan in the opening half an hour, but the Bulldogs responded with three unanswered tries and some defiant defence in the second-half to claim their third premiership since 2010.

Man of the Match Zac Woolford starred for the Bulldogs with some tireless efforts on either side of the ball, in particular with his cut-out pass that sent Josh Bergamin over for a vital try in the second-half.

The Jets threatened early after a pin-point grubber from Flanagan forced a line drop-out, but while they looked dangerous with the ball-in-hand the Bulldogs responded with some brick-wall defence.

And the Jets responded with some gusty defence of of their own as they held out countless attacking raids from the Bulldogs, despite Josh Cleeland and Fa’amanu Brown looming on both sides of the field.

It took until the 24th minute for the deadlock to be broken with Sione Katoa finishing off a perfect backline movement – beating a host of scrambling defenders on his way to the try-line and planting the ball down moments before being forced into touch.

After Jack Williams forced another line drop-out with a neat grubber and strong tackle to follow, halves partner Flanagan extended the lead on the ensuing set after he wrestled his way over from close-range.

He converted his own try as the Jets took a 10-0 lead with just five minutes remaining in the first-half.

The Bulldogs salvaged a late try of their own when Brown pounced on a Mason Cerruto offload from 10m out, before Cleeland converted from in-front to reduce the deficit to just four points at the break.

The Bulldogs built pressure early in the second half thanks to a deft grubber from Brown forcing a Jets restart, and they were rewarded with a try to Joshua Bergamin thanks to a brilliant cut-out pass from hooker Zac Woolford.

Rhyse Martin nailed the sideline conversion to give the Bulldogs a two-point lead after 54 minutes.

A second try loomed for Katoa when he burst onto a Flanagan flick-pass before attempting a kick and regather to evade fullback Mason Cerruto but was unable to capitalise.

Flanagan drew the game level at 12-all with a 66th minute penalty goal to set up an enthralling finish with Morgan Harper producing the match-winning play – a one-on-one strip on Jets winger Matt Evans before sprinting 20m to score in the right-hand corner.

Martin was unable to convert from the sideline, but he made amends just moments later when he nailed a penalty goal to seal the victory with just 5 minutes remaining.