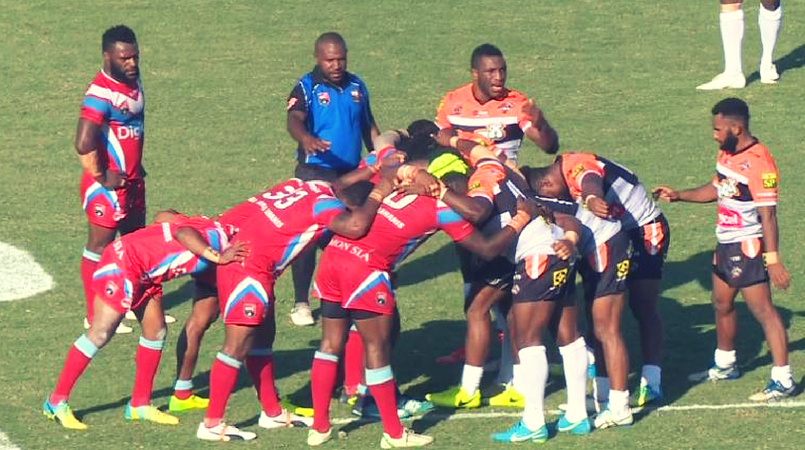 Lahanis and Tumbe cause upsets in opening round of Finals Series

Week One of the 2018 Digicel Cup Finals Series was filled with upsets after the Goroka Lahanis knocked out defending premiers, the Lae Tigers, in the Elimination Semi Final, whilst the Agmark Gurias went down to the Waghi Tumbe.

The Lahanis, who scraped into the Finals Series following a late season surge, secured a 24 – 21 win over the 2016 & 2017 Premiers to keep their campaign alive, whilst the Waghi Tumbe upset the favoured Gurias 18 – 16 in their Qualifying Final.

The Tumbe will now face the Enga Mioks in the Major Semi Final, whilst the Gurias and Lahanis will go head to head in the Minor Semi Final. Both matches will be played at Port Moresby’s National Football Stadium next week.