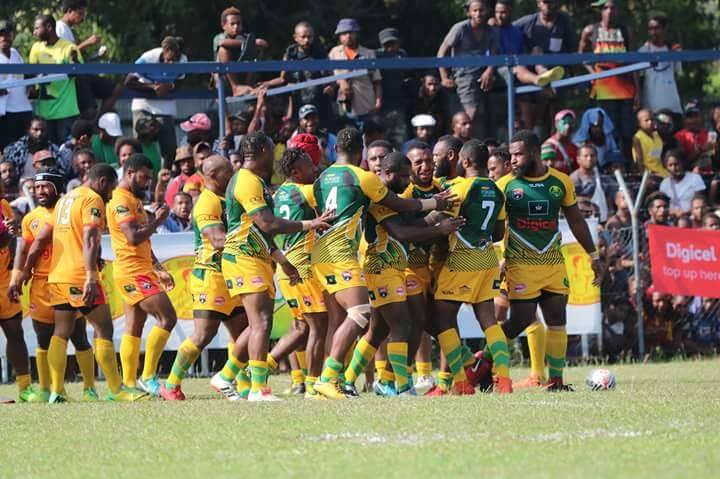 The Enga Mioks have won the 2018 Papua New Guinea Digicel Cup Minor Premiership after defeated the Chimbu Warriors 34 – 24 in the final round of the regular season.

Taking place at a sold out Ron Albert Oval in Madang, the Mioks held off a fast finishing Warriors to secure the Minor Premiership by a point over the Agmark Gurias.

In other matches held over the weekend, the Goroka Lahanis secured fifth place and a finals birth after they defeated the Port Moresby Vipers 28 – 16, whilst the Waghi Tumbe fought back from being down 14 – 6 at half time to secure a draw with the Hela Wigmen.

Week One of the Final Series will take place next week with a double header at the National Football Stadium in Port Moresby. In the Elimination Final, the Lahanis will take on defending Premiers, the Lae Tigers, whilst in the Qualifying Final the Gurias will play the Tumbe.