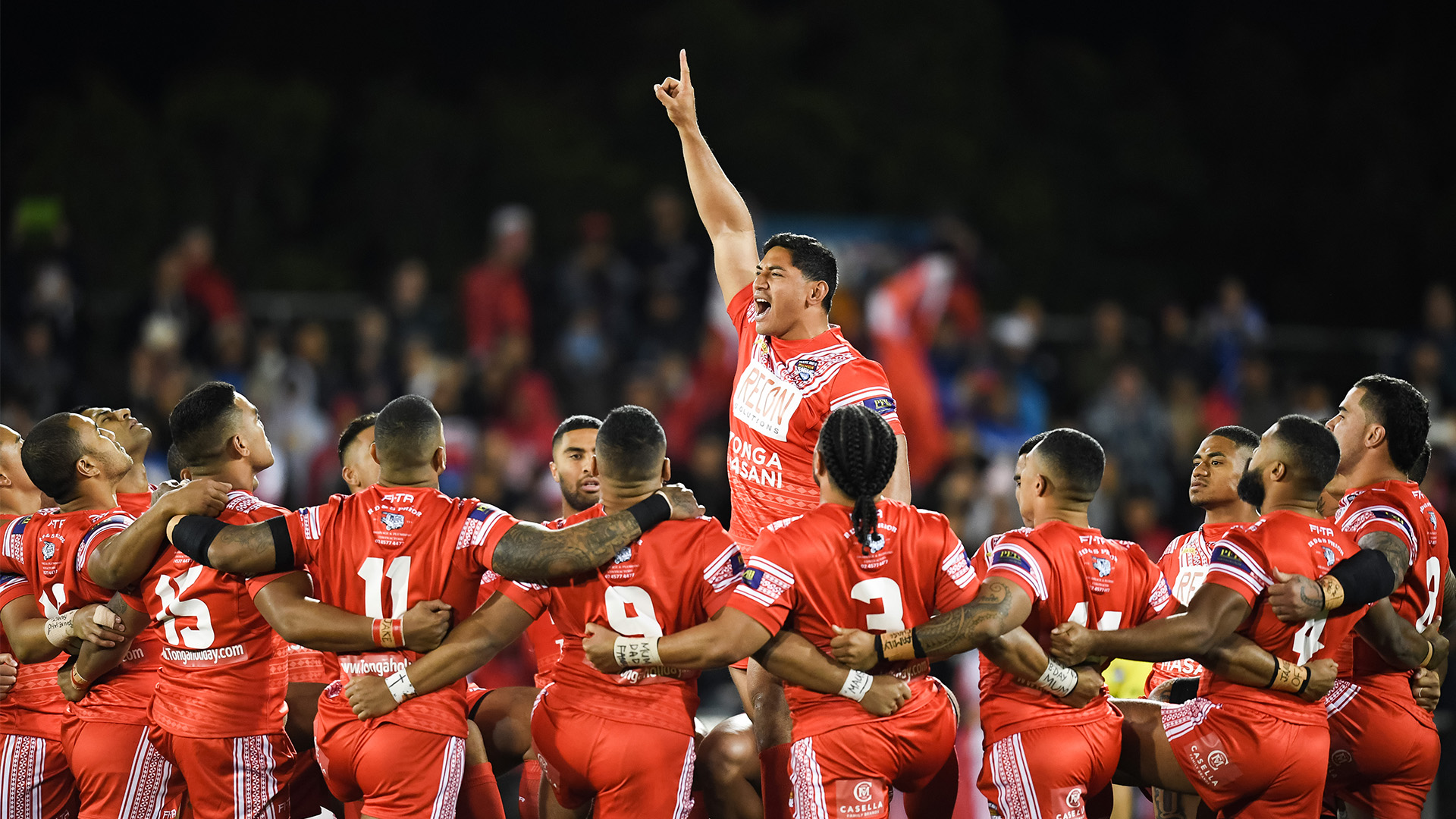 Mate Ma’a Tonga have held off a fast-finishing Samoan outfit to earn a 38-22 victory in front of a packed Campbelltown Stadium on Saturday night.

With the second-tier nation desperate to take on the Kangaroos in a Test match at season’s end, the result will only help their cause with a dominant six tries in the opening 24 minutes setting up the win.

But a second-half fightback from Samoa made the scoreline looked respectable and leaves Tongan coach Kristian Woolf with work to do with consistency after his side struggled to regain the momentum in the second half.

Samoa struck early through James Gavet but were no match for the remainder of the contest, although several of their debutants will be better for the run and experience.

Siliva Havili burrowed his way through Tyrone May and Tim Lafai to open Tonga’s scoring in the eighth minute, before Jason Taumalolo kept the ball alive on the last to help send Ata Hingano in under the posts for their second.

Some quick hands from Will Hopoate to Hurrell extended the Tongan lead out to 16-6 minutes later, and the carnage continued when Robert Jennings put boot to the ball to set up his own try in the corner in an impressive performance on debut.

Samoa had no answers as the Tongan side ran in another try – Hopoate splitting past Mason Lino to race 20 metres and score.

The carnage continued on the back of further ill-discipline from Samoa with more quick hands from Hopoate sending Daniel Tupou over on the left edge.

Sam Kasiano left the field for Samoan early in the match with a knee injury and did not return, while Manu Ma’u came off for a HIA assessment late in the game.

Tonga extended their lead four minutes into the second half with Junior Tatola charging his way over the line following some clumsy Samoan defence.

But the underdogs responded with a four-pointer to Tim Lafai as possession began to turn with star Tonga duo Taumalolo and Andrew Fifita sitting on the bench.

Matt Parish’s men narrowed the gap further six minutes later with Tyrone May carrying three defenders over the line next to the posts.

The Tongan faithful would have felt even more nervous watching their former player Jorge Taufua cross in the corner for Samoa to bridge the gap to a gettable 16 with a quarter of the game still remaining.

But Tonga held their nerve with a Taumalolo break that enabled a penalty goal killing off any chance of a miracle comeback.