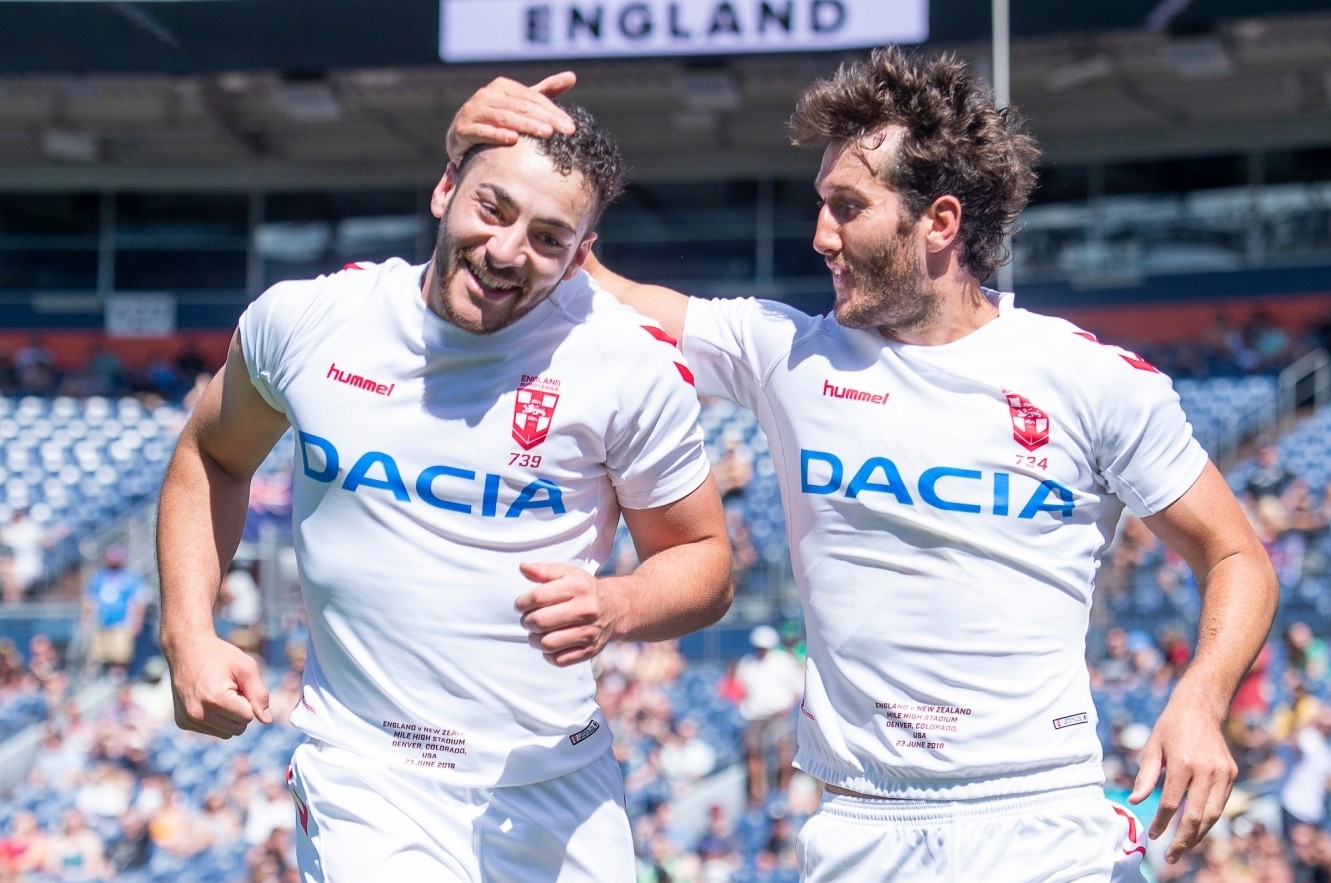 England too strong for Kiwis in Denver

Although they dominated for long spells of the match, England found themselves on the back-foot early on, falling 12-0 down inside 30 minutes after tries from Esan Masters and Dallin Watene-Zelezniak.

However it was the introduction of debutants Connor and Makinson that turned the tide, as England went onto score 32 unanswered points.

On 34 minutes, Hull FC’s Connor played an excellently-timed pass to find Ryan Hall out wide on the left, as the winger produced a brilliant finish in the corner.

Then, a minute from the hooter, Connor bagged another assist as he found Our League Man of the Match Whitehead, who flew through the Kiwis backline to put England into the break 10-12 down.

Gareth Widdop’s penalty, one of six goals he kicked in the tie, made the scores level on 47 minutes before the Dragons man produced deft footwork to feed Makinson, who in turn found Whitehead as he bagged his second of the game.

Then Connor produced the move of the game as he stepped one Kiwi defender before sending full-back Watene-Zelezniak with an outrageous dummy, to score a spectacular debut try.

The England team were flowing now, and a superb break from Whitehead saw him make over 30 metres before finding Makinson, who went in for a debut try.

New Zealand halted the slide as Watene-Zelezniak grabbed his second of the game following an impressive break, but England had the final say as Wigan’s John Bateman went over just before the final hooter to complete the win.

On his 40th England appearance, James Graham was given the chance to kick the goal, but the prop forward scuffed the attempt wide of the upright.