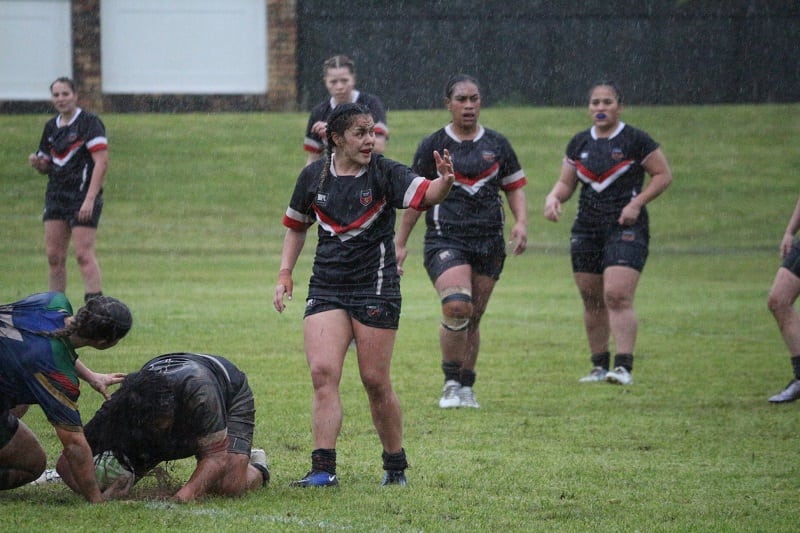 Without batting an eye lid, National Women’s Tournament Grand-finalists Counties and Akarana took on the stormy conditions at Cornwall Park and it was Counties who came out on top to win their ninth successive title.

This year’s victory was extra special for Kiwi Fern veteran Laura Mariu who also celebrates her naming on the New Zealand Order of Merit in the Queen’s Birthday Honours announced today.

Big-hits and classy tricks were on display with Counties drawing first blood after the opening 20 minutes was spent in the middle of the field, neither team ready to give their opposition a look in. That was until Counties left winger Sarah Filimoeatu sealed herself a try putting first points on the board – the defending champions up by four as they headed into the break.

Five minutes into the second half and Counties were one man down with half Kimiora Nati being sent off for a professional foul.

Akarana took full advantage with Billy-Jean Ale leveling the scoreboard with a try beside the post, 4-4.

An off-load from Kimiora Nati sent Onjeurlina Leiataua, who picked up the MVP of the tournament award, over the line to take an 8-4 lead which was then converted by Nati to take it to 10-4.

And from there, it was full steam ahead for Counties who sealed the deal with one more try to Sarah Filimoeatu who picked up her second four pointer of the day, the final score being 14-4.