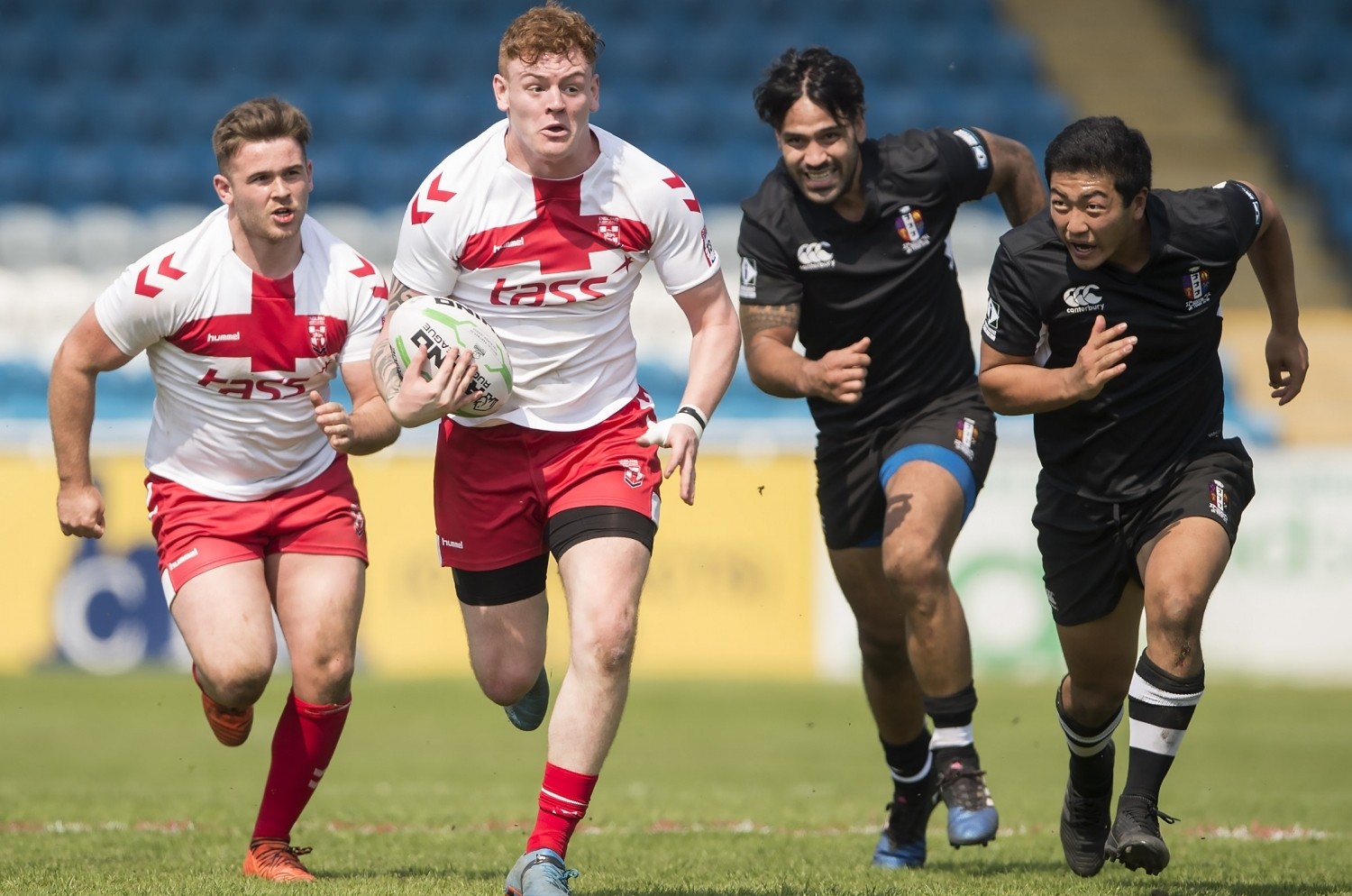 In glorious summer conditions, New Zealand Students’ first visit to England since their 2013 World Cup semi-final started with all the hallmarks of an international game, with both the visitors and their England Universities counterparts slugging it out in the opening salvo.

England built pressure and eventually Lewis Fairhurst danced his way through the black shirts to chalk up England’s first points of the day, with Ben Stead on target with the conversion.

Another sustained period flowing play from both sides followed, before Nathan Ainsworth was rewarded with England camped out on New Zealand’s line, with Nathan Ainsworth burrowing over from close range to nose the home side again. Stead added the extras to stretch the advantage.

England were finding their groove and, with a play straight out of the Harlem Globe Trotters handbook, James Mason palmed the ball between his legs to Jason Bass who found Harry Chapman out wide to push the home side ahead at the break, Stead again successful with the boot.

It took just one minute of the second half for Chapman to score his second try, Jason Bass creating the space for Chapman to sail through the wing. Stead found his mark from out wide.

New Zealand responded, using the slope to their advantage, with Rory Ropati rampaging into the England defence, inspiring his colleagues to lift their game, but they could not breach some excellent scrambling defence.

Chapman completed his hat-trick in a carbon copy move of his earlier try, with Stead landing the conversion, with full back Harry Aaronson, again with a Stead conversion, finishing a flowing move three minutes later to see England move 30 points up with just 15 minutes of the second half played.

Although England were tiring, their defensive effort remained strong, weathering the Kiwi storm. New Zealand always looked dangerous with Michael Hollis getting his nose through the line on a number of occasions. Ben Stead capped an excellent afternoon with a try of his own, backing up a downfield break by Fairhurst, supported by Aaronson which he converted himself 20 minutes remaining.

England seemed to fade in the final quarter, with the heat and the slope going against them. New Zealand continued to pressure and were rewarded when Destry Tamai crossed for a consolation try in the 67th minute. The remainder of the game ended as it began with both sides trading some big plays, with excellent spirit showed by both sides.