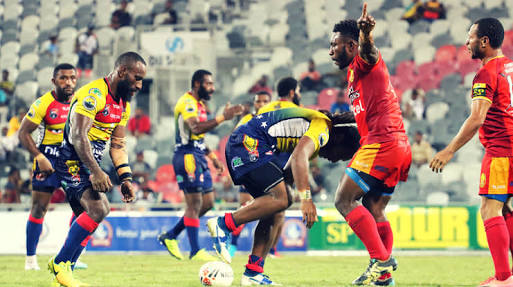 Vipers cause upset in third round of PNG Digicel Cup

The previously winless Port Moresby Vipers have caused the upset of the round in the weekend’s Digicel Cup competition after they ran out 18 – 14 winners over defending Premiers, the Lae Tigers on Sunday.

After finishing outside of the Digicel Cup Finals Series the past few seasons, plus two losses in the opening rounds, the Vipers went into the match as underdogs, with the dominant Tigers expected to record back to back wins.

Despite this, the Vipers put in their best 40-minutes of the season so far to lead 16 – 4 at halftime and then hold on to win the match at the National Football Stadium.

In other games the Agmark Gurias recorded a convincing 28 – 4 win over the Gulf Isou, whilst the Goroka Lahanis ran out 26 – 10 winners over the Mendi Muruks.