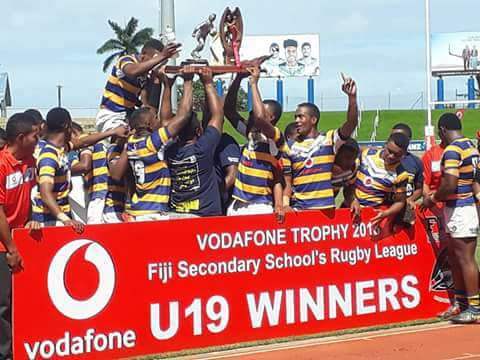 The Ratu Kadavulevu School has been crowned as the 2018 Vodafone Fiji Secondary Schools Rugby League Under 19s Champions after defeating Lelean Memorial School 20 – 4 in the final at ANZ Stadium in Suva on the weekend.

The win was sweet revenge for Ratu Kadavulevu after losing to Lelean in last year’s final.

Meanwhile in the Under 17s, the Lelean Memorial School Bulldogs defeated the Marist Brothers High School Storm 12 – 8 in extra time, whilst the Nasinu Secondary Pan­thers were awarded the Under 15s title over Lelean in their 14-all Final.