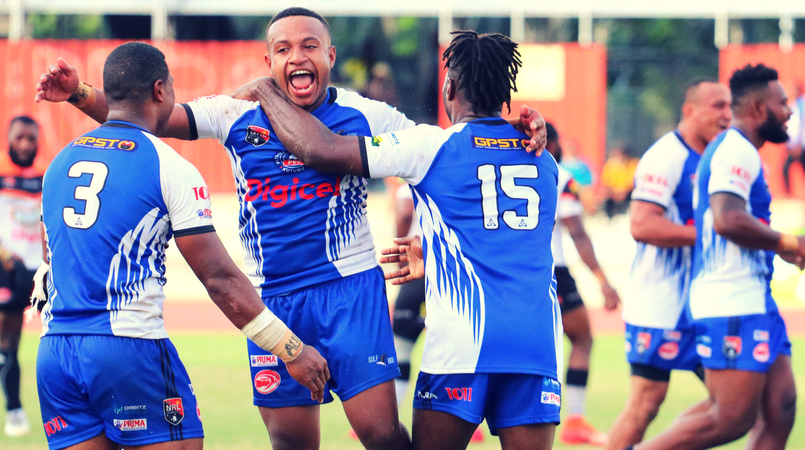 Isous upset Tigers in opening round of Digicel Cup

Newcomers to the 2018 Papua New Guinea Digicel Cup, the Gulf Isous, have caused an upset in the opening round of the competition, defeating the defending Premiers, the Lae Tigers 13 – 12 in Port Moresby.

After winning the last two competitions, the Tigers were always going to be a tough opening opponent for the Gulf Province based Isous, who won the game through a Joshua Thomas field goal in the 79th minute.

In other matches in the open round, other expansion team, the Simbu Warriors went down to the Rabaul Gurias 24 – 2 in Kokopo, whilst the Waghi Tumbe defeated the Port Moresby Vipers, and the Hela Wigmen defeated the Muruks.