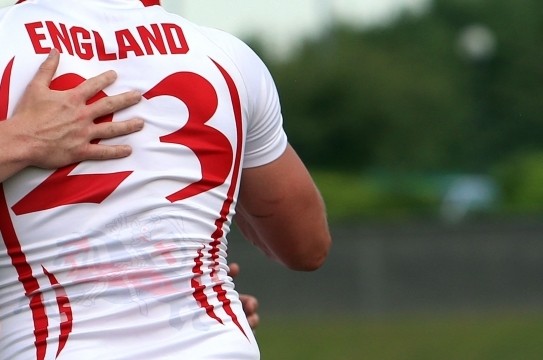 England have announced their 15-man squad to compete in the 2018 Commonwealth Championship to be held in Moreton Bay, Queensland next month.

Wigan St Pats’ Danny Riding has been named as captain, while Cole Walker-Taylor from Wath Brow Hornets is vice captain

The Hornets boast three members of the squad, while Underbank Rangers and St Pats are represented by two players each, and Sam Baggaley from North West Men’s League side Orrell St James is the only representative from outside the National Conference League.

The nine-a-side u23s competition will take place across February 23 and 24 February, with fixtures hosted at Dolphin Oval, home of the Redcliffe Dolphins.

England have been drawn in Pool B against Tonga, Samoa, and champions of the 2014 competition, Papua New Guinea, with fixtures to be revealed soon.

Pool A sees Wales, Fiji, Scotland and Australia face off in a race to the knockout stages.

The team hosted a fundraiser on Saturday at Leigh Miners Rangers where over £3,000 was raised towards the cost of the trip.

Commonwealth Championship
The 2018 Rugby League Commonwealth Nines tournament will be played on Friday 23rd and Saturday 24th February in Moreton Bay, Queensland, just half an hour north of Brisbane.

Please visit www.rugbyleague9smoretonbay.com.au to view the tournament website. More information will be added to the site between now and the tournament kick off.

Tickets are also on sale via this website as well as information on attractions and activities available in the Moreton Bay area.

The only other Commonwealth Championship was held as an under 19s competition in 2014 in Scotland prior to the Commonwealth Games.

The Commonwealth Championships will be a two-day Nines tournament competed for by eight nations in the men’s category.

England will be represented by under 23s players from the community game.