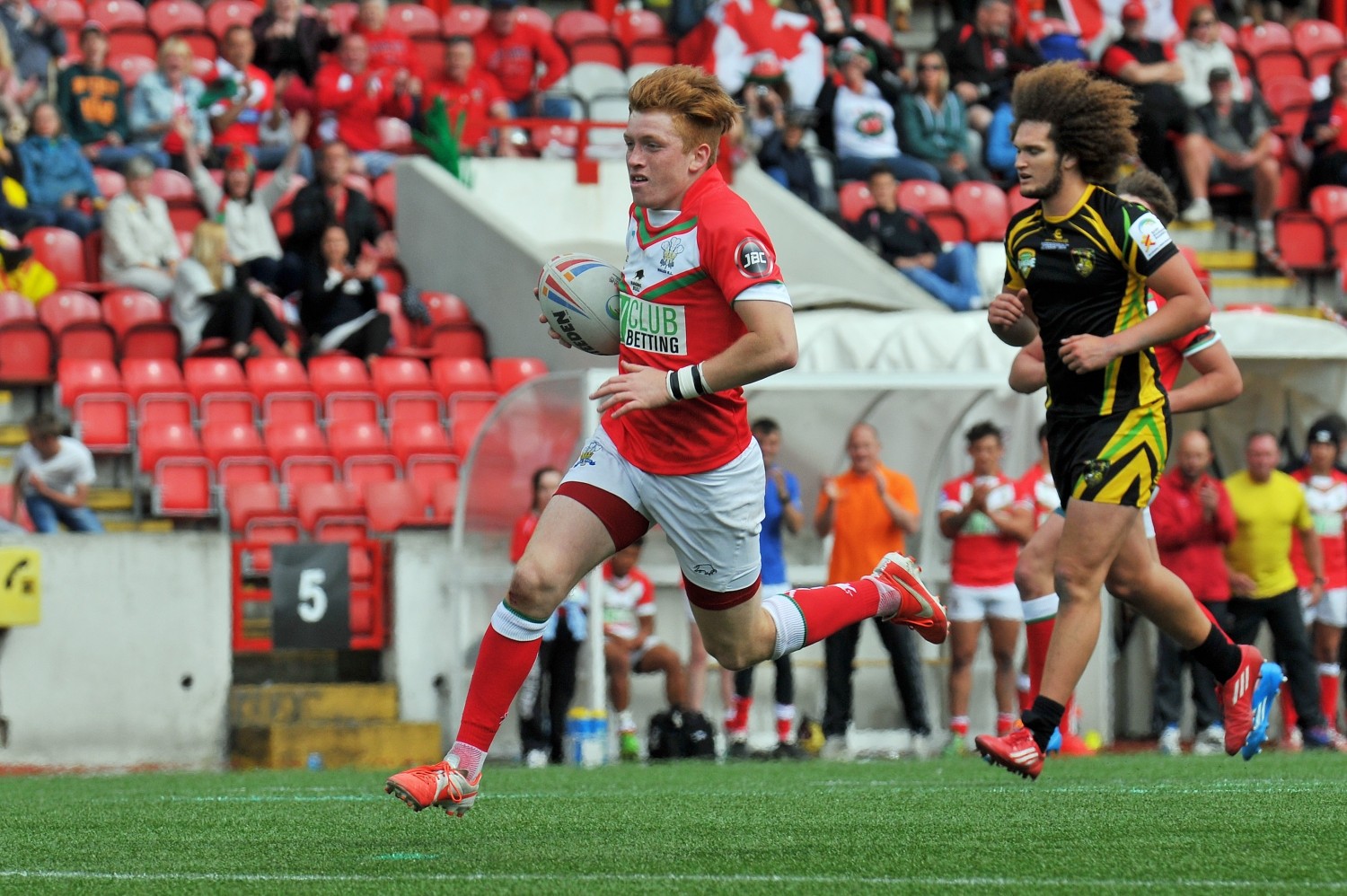 Wales Rugby League have announced their 15-man squad who will compete in the Commonwealth Games exhibition tournament next month in Queensland, Australia.

The Commonwealth Championships will be a two-day Nines tournament competed for by eight nations in the men’s category. Wales are not entering a side in the women’s tournament on this occasion.

This year’s men’s tournament is for players aged under 23. Wales won the bronze medal in Glasgow in 2012 when it was an under 19 competition and four of those successful players – Ben Jones and Morgan Jeffries of West Wales Raiders, Paul Edwards of Rhondda Outlaws and Zak Williams of Coventry Bears – have also been selected this time around.

With six full Welsh caps and one try, along with 89 appearances and 37 tries for South Wales Scorpions since his professional debut aged 17 years and 4 days in 2012, the 22-year old Connor Farrer is Wales’ most experienced player on this trip.

Farrer, who only just missed out on a place in last year’s World Cup squad, is one of 12 who came through the development system in South Wales, with two – Blake Turner of Rochdale Hornets and Daniel Crabtree of Ulverston – having played community rugby league in North Wales.

West Wales Raiders, who make their debut in League 1 on the day that the team flies out to Australia, provide six players, more than any other club.

Wales under 23 head coach Shane Eccles, who will lead the side to the games, said: “This is a fantastic opportunity for these young players to challenge themselves on a big international stage.

“It has been a tough process to select a final 15 man squad as we had interest from lots of players of a high standard and it was very difficult to make the final selections due to the quality of players identified as potential squad members. This alone shows the growth of the sport in Wales and looks to continue into the future.

The 2018 Rugby League Commonwealth Nines tournament will be played on Friday 23rd and Saturday 24th February in Moreton Bay, Queensland, just half an hour north of Brisbane. Please visit www.rugbyleague9smoretonbay.com.au to view the tournament website. More information will be added to the site between now and the tournament kick off. Tickets are also on sale via this website as well as information on attractions and activities available in the Moreton Bay area.