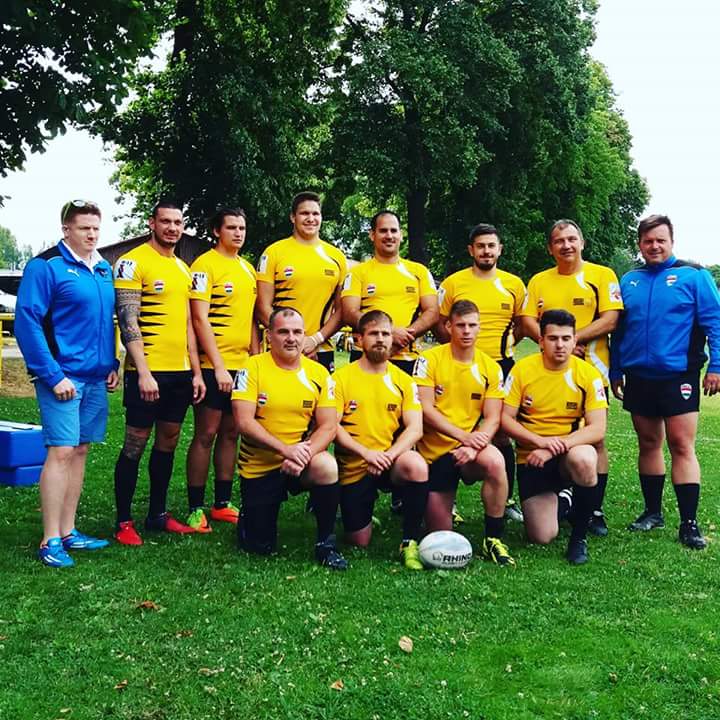 There maybe 265 days until the kick off for the 2018 Emerging Nations World Championship, however for the Hungary (Magyar) Bulls, preparations are well under way for arguably the largest international tournament the Central European nation has been involved in to date.

Formed in just 2011, the Magyar Bulls have won two of their last three full Internationals, defeating Uruguay and Thailand, to race up to 29th in the latest RLIF World Rankings.

The national team’s recent form in the international arena, plus growing interest in the sport around Budapest, has made the Magyar Bulls a possible participant in the European World Cup qualifiers scheduled for 2019, making this year’s Emerging Nations World Championship such a strategically important event in the team’s development.

As such, the Hungarian Rugby League Federation (Magyar Ligarögbi Szövetség) has already kicked off it’s first of many High Performance training sessions for the national team back in Budapest.

Kicking off on the first Saturday of the New Year at Hunyadi János in Albertfalva, some of the region’s best Rugby League players were there putting themselves forward for selection this October.

The sessions will run for most of the season, with the best players to be selected for upcoming Tests against the Czech Republic and Poland.

At least 10 players from the Magyar Ligarögbi Szövetség domestic competitions will take part in the Magyar Bulls squad at the Emerging Nations World Championship, with the remaining players expected to be made up of Ex-Pat and Heritage players from Australia, New Zealand and England.

The Emerging Nations World Championship will take place in Sydney this September / October, with up to sixteen nations and multiple regional representative teams set to take part.

Games will be played in venues across Western Sydney, in what is set to be the largest International Rugby League tournament played in 2018.