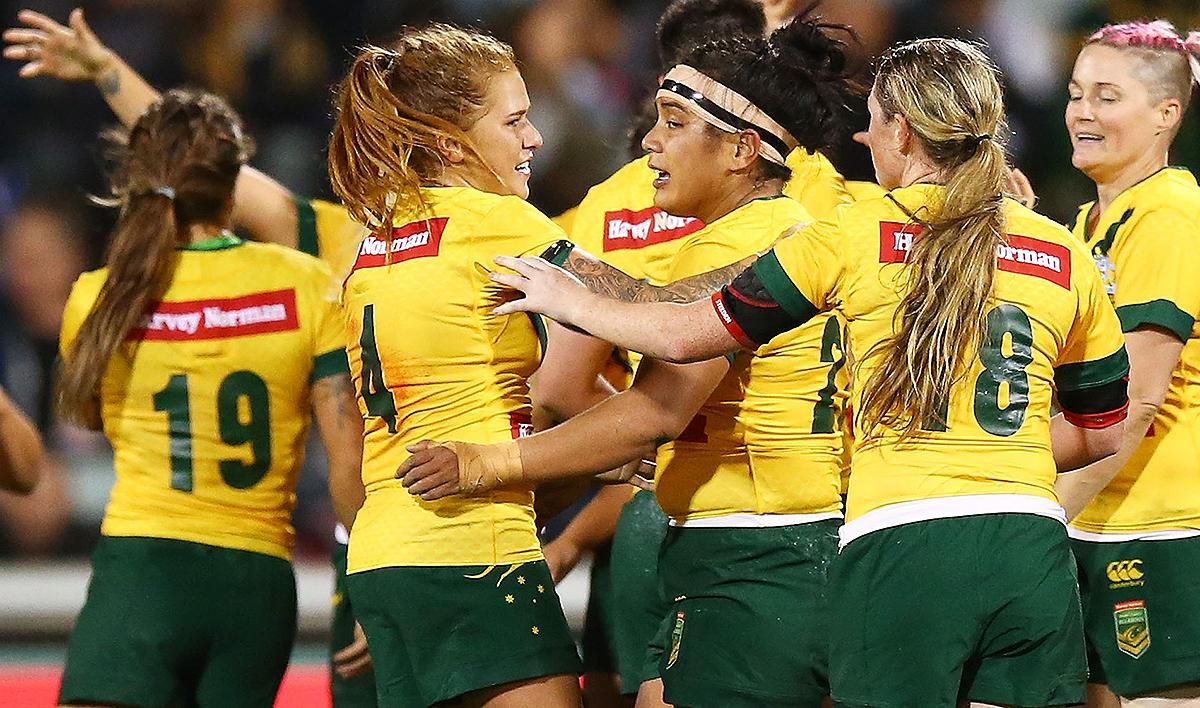 A new NRL Women’s Premiership will be launched in 2018, along with a State of Origin match on the stand-alone representative weekend and Test matches for the Jillaroos in the Pacific and New Zealand.

NRL chief executive Todd Greenberg confirmed details of the new competition on Wednesday, which will feature up to six teams playing in the lead-up to and during the NRL finals.

Greenberg also announced that 40 players would be offered Jillaroos contracts, which would include match payments.

The NRL boss said the women’s game is the game’s fastest growing participation segment and the NRL is determined to give female players new opportunities to perform.

“For the first time, there will be a dedicated pathway for our women to follow – from grassroots junior league, to State Competitions, and on to Premiership matches and representative Origin and Test match opportunities,” Greenberg said.

“The Women’s game has become an attraction in its own right and anyone who has seen the Jillaroos in action cannot help but be impressed by the skills and athleticism on display.

“The NRL is determined to provide the right channels for women to follow and play rugby league – and today is a great starting point for that program.”

Greenberg said the new competition was scheduled to be played as “double-headers” in the lead up to and during NRL Finals matches, to ensure the women’s teams are given the chance to play on the biggest stage.

He said the new women’s program unveiled on Wednesday would also feature:

– A stand-alone State of Origin match (formerly known as the Interstate Challenge) between New South Wales and Queensland, played during the NRL’s representative weekend in mid-June.

– State League competitions, with Grand Finals to be played as double-headers prior to Women In League Round matches.

– A National Championships Carnival and Talent Combine, congregating the best state talent on a national stage and providing a sequential pathway for female players to progress to the elite level.

– The Jillaroos playing international matches in the Pacific and New Zealand.

In addition, Greenberg said 40 players would receive Jillaroos contracts, which would include payments for matches and participating in a series of high performance camps, as well as access to high performance staff and elite athlete training programs year-round.

“In other words, we are taking the women’s game to a new level,” he said.

Greenberg said he expected the NRL aligned Women’s Premiership to grow as more women signed up to play Rugby League – and more players developed the skills to take part in an elite competition.

“We are not going to rush in with a larger competition until we have the numbers to give it the quality it deserves,” he said.

“But I have no doubt that, as more women take up the game, the competition will grow.”

Greenberg said the new program was the result of extensive consultation with clubs, states and the elite women’s playing group.

“What we have come up with is a comprehensive women’s rugby league program, that takes into account balancing personal, work and playing commitments, as well as providing a continuous pathway to participate in local, national and international rugby league year-round,” he said.

An announcement on NRL Clubs aligned with the 2018 Women’s Premiership teams will be made in the new year.