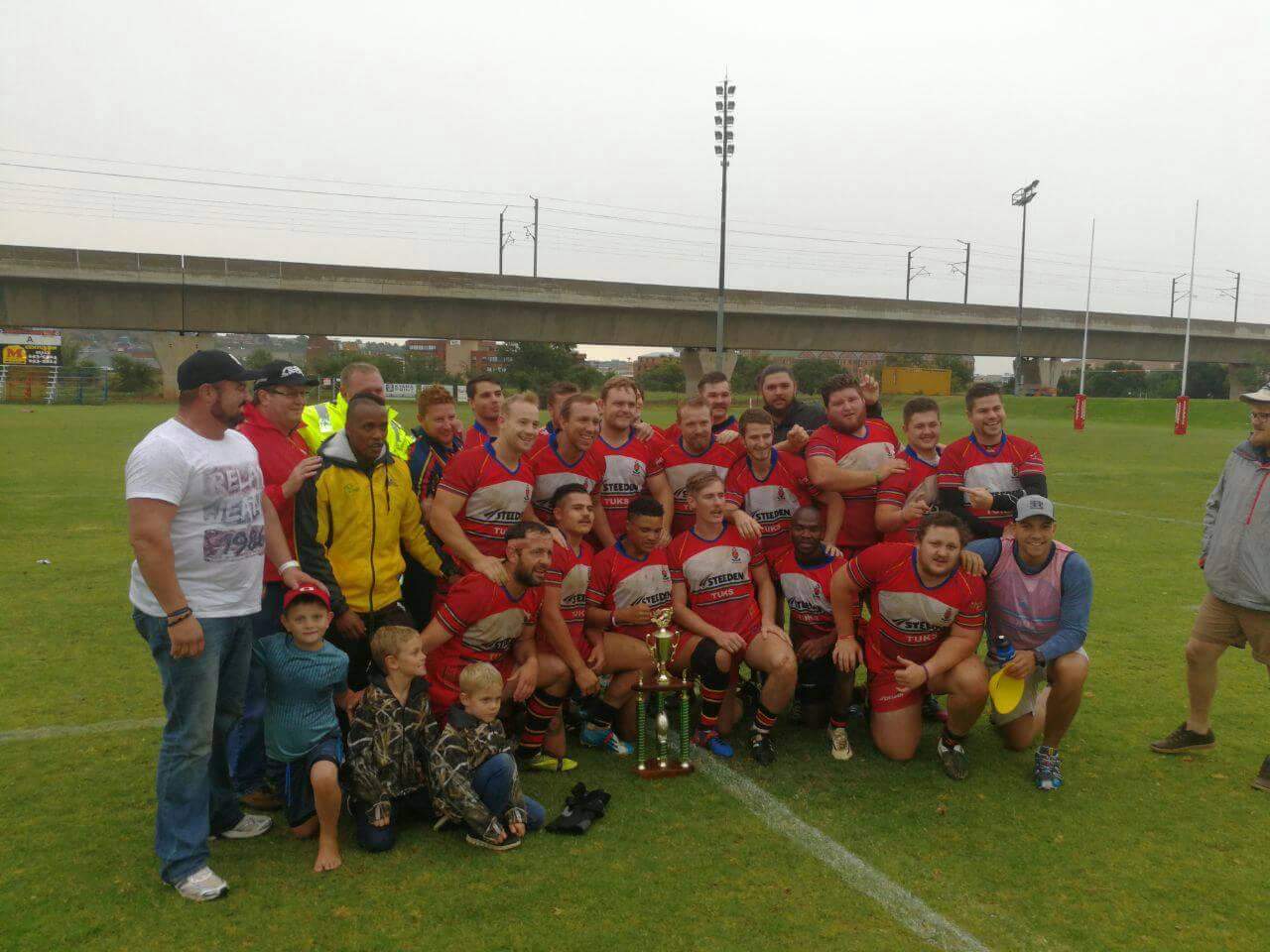 The University of Pretoria Tuks Reds are the 2017 South African Rugby League Gauteng Rhino Cup champions after defeating the South Central Rabbitohs 18 – 10 on the weekend.

After progressing through the regular season and finals undefeated the Rabbitohs headed into Saturday’s Grand Final as favourites to take out the regional title in Pretoria.

Match hardened after their tight win over the Elsburg Bears the week before, and with plenty of Grand Final experience in their team, the Tuks controlled the match to win their first regional title since 2015.

The Tuks will now play Mpumalanga Rhino Cup champions, the Witbank Knights, for the National title in the coming months.