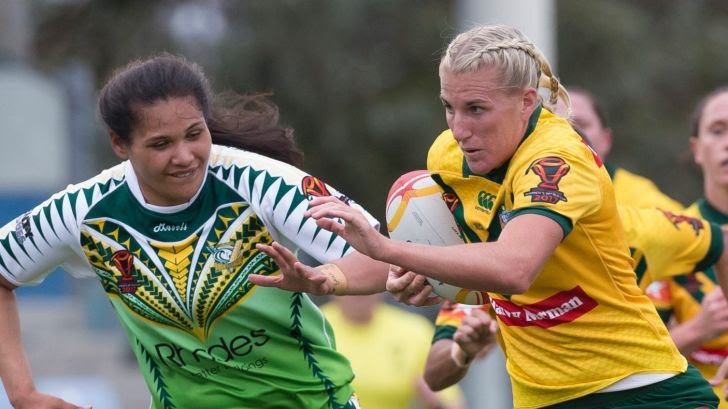 Shortlist revealed for Women’s International Player of the Year

Following a pulsating semi-final between England and Tonga, played in front of a capacity 30,000 crowd in Auckland, England booked their place to face Australia in the Men’s Rugby League World Cup Final in Brisbane on Saturday December 2.

“The Tonga v England semi- final showcased the very best of Rugby League. The match was honoured by the presence of His Majesty King Tupou VI and the fans support for both teams created an electric atmosphere with the match providing wonderful entertainment for fans around the world.”

“This World Cup has been enriched by the performance and colourful support provided by the Pacific nations and in particular I wish to congratulate Tonga and Fiji on reaching the semi-final stage. For Fiji this was their third consecutive World Cup semi-final but Tonga, in their first semi- final, have provided memories which will live long in the hearts of rugby league supporters.”

Ten time winners Australia will play in their 14th consecutive final against and England whose three wins in World Cup Finals have all been in Great Britain shirts with their most recent win being achieved in 1972. The two nations last met in the Final in 1995 at Wembley when Australia took the Paul Barrière World Cup by the narrow margin of 16-8.

The Kangaroos have been in imperious form conceding only three tries in their five games but will come up against a Wayne Bennett inspired England team who will be looking to avenge the opening game defeat in Melbourne.

The progress which the international game is making has been exemplified by the Women’s World Cup which has been run alongside the Men’s competition with both Finals being played at the Suncorp Stadium on Saturday, a first in world sport.

Following the semi-finals the two outstanding teams in Women’s Rugby League, the Australian Jillaroos and the New Zealand Ferns reached the Final by defeating Canada and England respectively in the semi-finals.

The Women’s player of the tournament will be revealed on Wednesday as part of the Final’s lunch from the following shortlist:

Collier concluded: “I congratulate all the finalists and I would urge fans to come to the Suncorp Stadium to watch what should be a wonderful double header of World Cup Finals”.