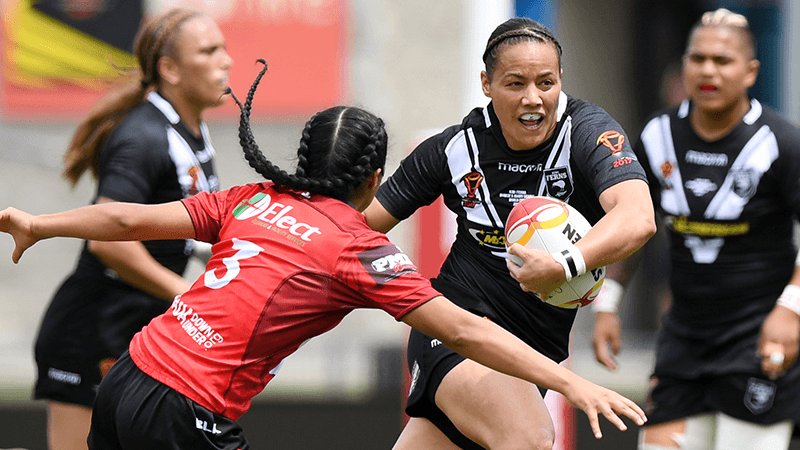 New Zealand have opened their women’s Rugby League World Cup campaign with a 50-4 demolition of minnows Canada in Sydney.

The Kiwi Ferns were scratchy in Thursday’s first half, however found their groove after the break, running in nine tries to one at Southern Cross Group Stadium.

Back-rower Teuila Fotu-Moala was a standout, pulling off a string of thunderous tackles which left her opposition rocked before crossing for a second-half double.

Canada were valiant in the first half, holding New Zealand to a 16-4 lead at the break.

However the Ravens, with a side composed predominantly of Rugby Sevens players, simply couldn’t sustain the onslaught from the three-time world champions.

After the resumption, Lileta Maumau and Krystal Murray barged over within three minutes to break Canada’s back and open the flood gates.

The tone was set in the third minute when winger Honey Hireme strolled over to make if 4-0.

The Canadians hit back when hooker Barbara Waddell dived over from dummy-half, but blew a golden opportunity to take the lead when halfback Sabrina McDaid missed the conversion attempt from in front.

Powerfully built No.12 Fotu-Moala left Canada’s Maira Acevedo and Nina Bui on the ground injured in a memorable performance.

She also broke open the Canadian line as winger Atawhai Tupaea raced 50 metres to score and give her side back the lead with the New Zealanders enjoying one-way traffic from there on.