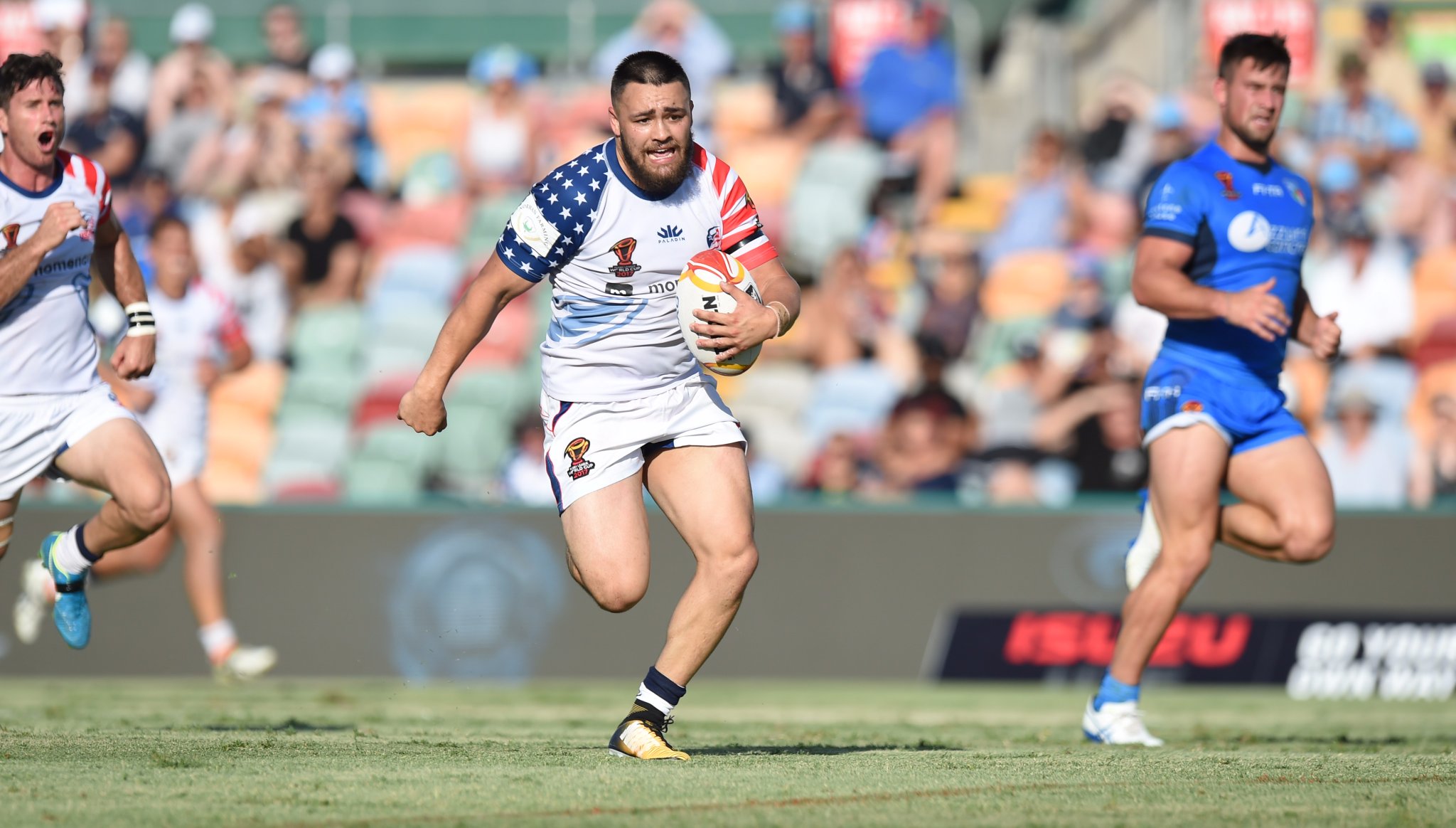 Italy shut out USA in Townsville

Italy has defeated the USA 46-0 in their World Cup clash at Townsville Stadium, laying on seven tries while kicker Josh Mantellato nailed six of his seven conversion attempts.

James Tedesco and hooker Joseph Tramontana both scored doubles, as Italy bounced back from their loss to Ireland last week.

The USA opened with nothing but smart football, putting good kicks in on fifth tackle, and were rewarded with possession in Italy’s end. They were looking the goods to open the scoring before an errant pass found the hands of Tedesco, who was rounded up after stealing 20 metres and swinging the momentum Italy’s way.

The fast turn-around was enough to worry the USA, and a high bomb was pounced on by Tramontana, to open the scoring and Mantellato successfully converted the try.

Italy backed up their points with a strong attacking set, before a three-man tackle out the USA on their own 10 metre line to start their set. They managed to get a good kick in, and were rewarded when Italian fullback Mason Cerruto knocked on in the play-the-ball. USA once again failed to turn possession into points, as Gabriel Farley fumbled the ball out wide.

A line break from Mark Minichello gave the Italians a turn of speed, and after the USA gave a penalty Tedesco put the footwork on to slice through the United States’ line and score.

After an error from Italy on the kick-off, followed by one from the USA off the dropout, Italy rolled up the field before spreading it left. Centre Nathan Milone beat one with a left-foot step, before Minichello took the line on and followed it up with an offload to winger Mantellato who dived over to score.

A trick play found the Italians’ next points, when halfback Ryan Ghietti took a tap and passed it out to his winger, before following on the inside to take the pass back and score next to the posts. Off the restart set, the Italians started to turn the screws, with a strong set followed by a kick that forced the USA to start on their own 10 metre line.

The USA looked to score their first points when fullback Corey Makelim put in a chip-and-chase, regathering he only had one to beat, but Mantellato charged down the second kick. The Italians went all the way off that set, with second-rower Joel Riethmuller breaking the line before finding Tramontana on the inside who dived over to score under the posts. The successful conversion left the half-time score at 28-nil in favour of Italy.

Italy restarted the game with a repeat set off a high bomb, and the pressure was too much for the United States, with Tedesco finding broken play on the edge, before diving over to score his second of the afternoon.

The United States’ intelligent football and their desire to play began to shine throughout the second half, as they fell into an arm-wrestle with Italy, with both sides going close on multiple occasions, only to be brought down by desperate defence.

It took nearly 20 minutes for the next try to be scored, and it was a mid-field break that did it for Italy. Beating the fullback was a matter of a few outside-inside passes, before a supporting front-rower, Paul Vaughan found possession and scored under the posts.

USA once again went close, but a lack of composure saw them come up just inches short of the line on fifth tackle, handing possession back to Italy. The USA’s next attempt chalked up a try assist for Italy, as fullback Mason Cerruto scooped up a short kick and ran 70 metres to score.