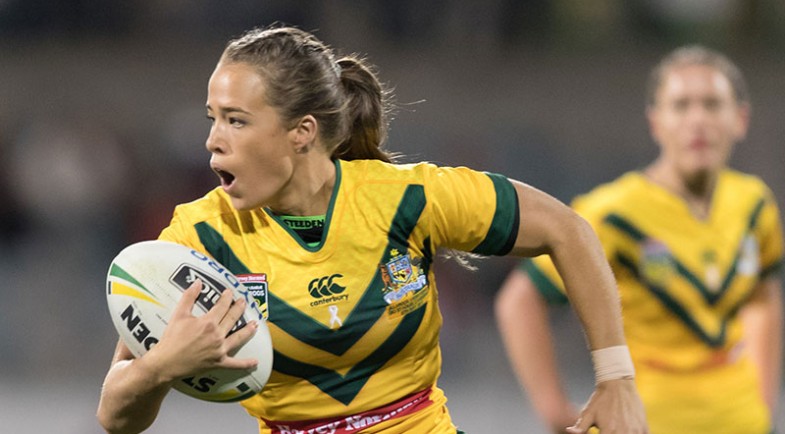 Harvey Norman Jillaroos Coach Brad Donald has named a squad of 24 ahead of the 2017 Women’s Rugby League World Cup, commencing on Thursday 16 November in Sydney.

Donald said that every Jillaroos team member this year – either playing in matches or as part of training camps – had contributed to elevating the team to its highest professional point and was confident in the abilities of the squad selected for the World Cup.

“Every member of the Jillaroos has had the opportunity to press for selection across training camps and matches this year and there is no doubt that as an extended team, we are closer than we have ever been and committed to our goal of retaining the World Cup,” Mr Donald said.

“It seems a long time since we first sat down as a group and discussed what we wanted to achieve in 2017.

“Pleasingly, we have ticked off several objectives, but retaining the World Cup remains at the top of the list.

“With the tournament being staged in our home country, we will be drawing on local support and our intention is to complete the year with a World Cup win.”

Rugby League World Cup Chief Executive Andrew Hill congratulated the Jillaroos on their success to date and wished the team well, ahead of their opening match against the Cook Islands at Southern Cross Group Stadium in Sydney.

“The Jillaroos have demonstrated a consistent level of hard-work and determination throughout 2017 and it’s exciting to see the support for not only the Jillaroos, but women’s rugby league in general as it continues to grow, with more girls and women participating,” Mr Hill said.

“I’m looking forward to a fantastic Women’s Rugby League World Cup – played for the first time concurrently with the men’s World Cup and one that will feature both the men’s and women’s final on the same stage as a double-header in Brisbane on December 2.”

Tickets to the Women’s Rugby League World Cup tournament are available from www.rlwc2017.com, with prices starting from $10 for triple header pool games.

Those 15 years or under and concession holders can gain entry for free to women’s pool matches.

Tickets to the doubler-header Final in Brisbane can also be purchased from the Rugby League World Cup website, with the cost of a ticket covering both the men’s and women’s matches.