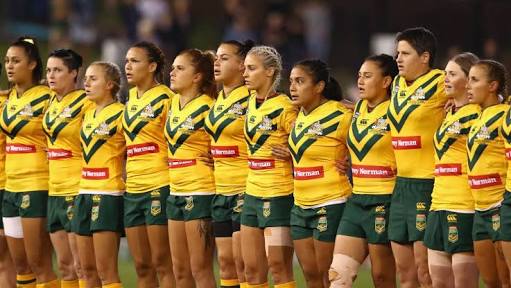 The train-on squad includes women from New South Wales and Queensland, together with women from the Affiliated States teams and a member of the Australian Defence Force team.

With the Interstate Challenge out of the way, Donald said the Jillaroos squad would unite once more and prepare for the World Cup with a series of training camps ahead of their first pool match in October.

“It’s been an amazing year for our sport, with the Jillaroos claiming a clean sweep against the Kiwis for the first time as part of the Auckland Nines and another win against them as part of the double-header Test Match in Canberra,” Mr Donald said.

“Whilst the wins have certainly added belief within our team, it is the consistent training throughout the year that has impressed me the most and it has shown in every performance this year.

“Our extended Jillaroos team is fitter, stronger and faster than ever before and we’re excited at what’s to come over the next few months.

“Every member of the train-on squad has earnt the right to be named and there will be plenty of competition for positions as part of the final World Cup team.”

The Harvey Norman Jillaroos train-on squad will kick off World Cup preparations with a camp next month, with 8 August marking 100 days until the Women’s Rugby League World Cup 2017 matches get underway.

The pool matches and semi-finals will be played at Southern Cross Group Stadium in Sydney from 16 – 26 November, with the men’s and women’s finals played as a double-header at Suncorp Stadium in Brisbane on 2 December.

Tickets to all women’s Rugby League World Cup 2017 matches are on sale now at rlwc2017.com