The Pacific Islands Universities Rugby League Team have opened their World Cup campaign with an easy win over Ireland Universities in their opening match at Sydney’s Ringrose Park on Friday.

Shrugging off a rushed preparation as a late replacement into the tournament after New Zealand’s 11th hour withdrawal, the Islanders outclassed the Irish to score a 10 tries to one win.

After the Irish started brightly in attack for no result, the Pacific Islands worked play downfield in the sixth minute for hooker Nathan Gaga to burrow over from dummy half and score the first try. Jonathan Taefu converted for a 6-nil lead.

Centre Marli Fatuasini extended the Islander’s lead when he dived over to score in the 23rd minute, then Taefu burst through four defenders down the right hand blind side six minutes from half time before feeding the last pass to Vai who dashed away to score under the posts. Vai converted his own try for a 20-nil lead.

An Irish turnover on the stroke of half time allowed the Islanders field position for Derek Ah Chong to scurry out of dummy half from close range to score. Vai converted to give the Pacific Islands a 26-nil half time lead.

The Irish came out hard to start the second stanza and were rewarded six minutes into the second half when a pin point Peter O’Neill cross field kick was brilliantly caught by Connolly for a spectacular try. O’Neill’s conversion hit the upright with Ireland on the board at 26-4.

Four minutes later, a long break by a rampaging Taefu down the right touchline saw the final pass go back inside to Fatuasini for his second try under the posts.

That try opened the floodgates as the Islanders went on with the job in the second half. Winger Joe Tuimavave finished a right side spread to score in the 57th minute, before fullback Daniel Cassone scored from an Irish turnover in the 63rd minute.

Skipper John Faiumu and interchange forward Charlie Latulipe each got tries in the closing stages to round out the easy Islanders’ win. 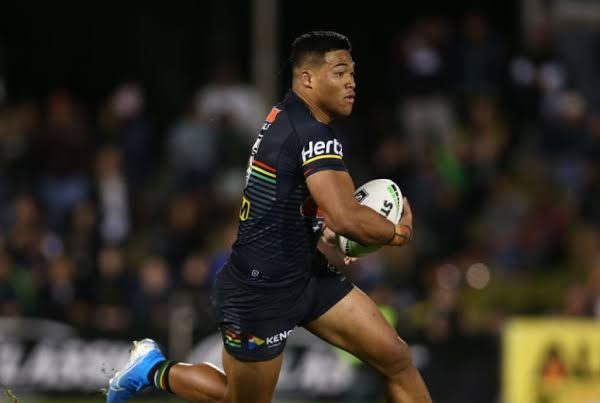