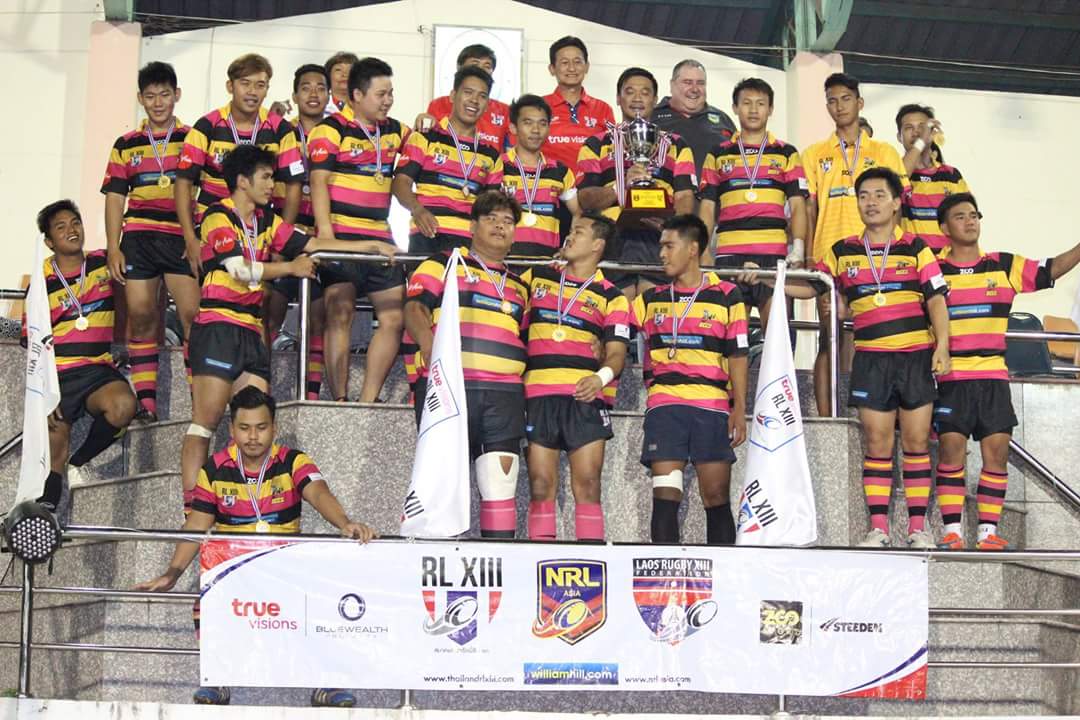 The Ubon Wild Bees are the 2017 North-East Thailand champions after defeating the Mahasarakham Lions in the True Visions Cup Grand Final.

After winning the previous encounter between the two sides, the Bees went into the game as favourites, and kicked off the match in convincing style scoring the opening three tries of the game to lead 12 – 0.

The Lions scored a converted try to reduce the difference to six, before the Wild Bees ran away with it to win 26 – 6 at the Mahasarakham Institute of Sport Stadium.

The domestic club competition, run by the Rugby League XIII Sport Association (Thailand), featured four sides from across the North East of the Kingdom of Thailand, and is just one of multiple domestic initiatives to be run by the national body.