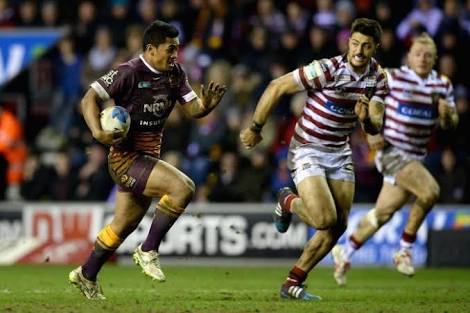 The battle for the Broncos’ front row spots will continue over in England after some youngsters were given the chance to impress in the final trial today.

The Broncos’ middle forward equation is a fluid beast at the moment, with several young guns impressing in last week’s trial game against reigning premiers Cronulla at Redcliffe.

Jai Arrow, Herman Ese’ese, George Fai, Joe Ofahengaue and Tevita Pangai Junior will all get a shot at making the Round One team to play the Sharks on Thursday night March 2 away in Sydney.

They are all on the plane for the Saturday 18 February World Club Series clash against Warrington.

Josh McGuire and Sam Thaiday will play their first matches of the year against the Wolves.

New recruit Benji Marshall will miss the UK trip to rehabilitate a minor Achilles’ tendon injury that caused him problems over at the Auckland Nines last weekend.