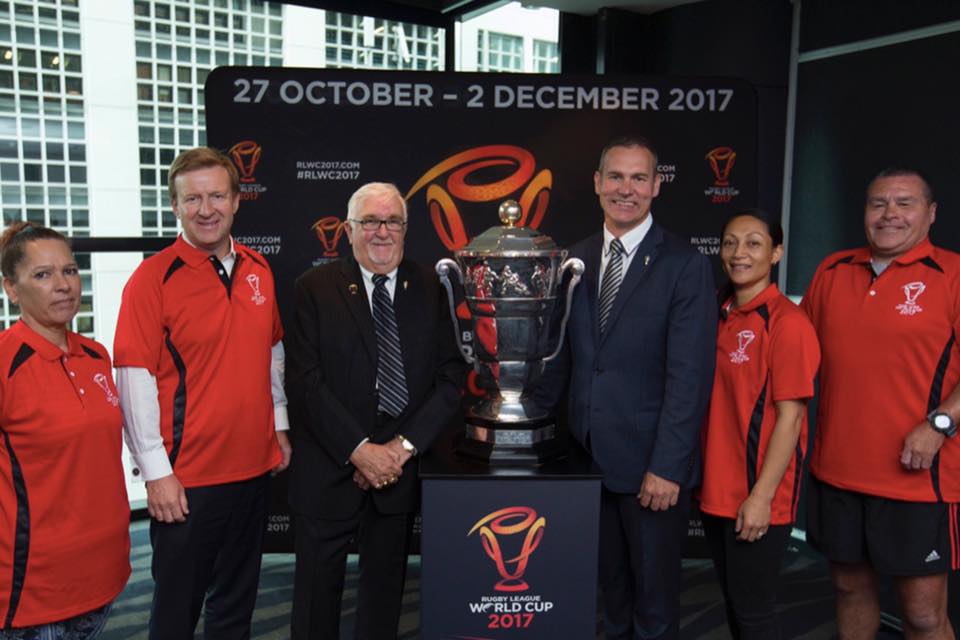 As the first community ambassadors for the 2017 Rugby League World Cup were unveiled on Friday in Auckland, there was a clear message that local people would be at the forefront of the push towards the tournament’s kick-off date.

All three of the inductees are stalwarts of local Auckland league clubs, with New Zealand’s chief tournament ambassador, Sir Peter Leitch, believing it was vital that people with a vast knowledge of the grassroots game and communities were involved.

“These people introduced today are rugby league in New Zealand, without them the game doesn’t exist,” Leitch told NRL.com.

“They are the backbone of the game and the people we have inducted today, you couldn’t ask for better people, they live, sleep and eat rugby league.

“We are hoping the whole of New Zealand gets behind it because this is massive to have this tournament being co-hosted here.

“It is going to be a major boost, and in all the years I have been involved in rugby league this is one of the most important events that I can think of.”

Among the three ambassadors named was Ane Chan-Paeu, a former player who represented Samoa at the Women’s Rugby League World Cup in 2000, who is now a well-known identity in New Zealand league circles due to her work in administration with south Auckland club the Otahuhu Leopards.

With the tournament now just nine months away, Chan-Paeu said excitement was starting to build around New Zealand.

“There is a huge appetite here for rugby league, and in particular in communities like mine where we have a long history of players coming through local clubs to play NRL and for the Kiwis,” she said.

“It’s very much a positive and a great move by the Rugby League World Cup organisers to get local rugby league people involved and I am looking forward to this role.”

New Zealand will co-host the 2017 tournament with Australia and hosting partner Papua New Guinea from 27 October to December 2.