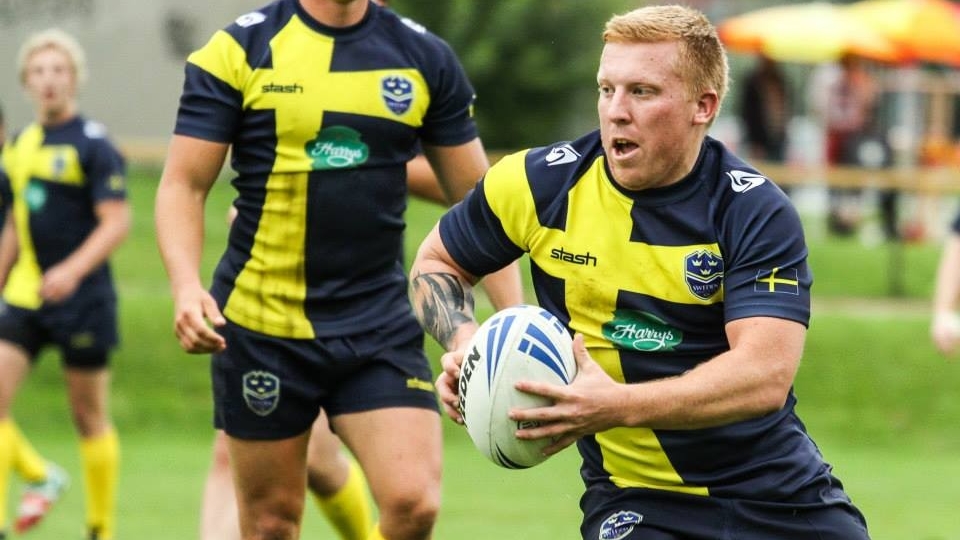 What do a former Cairns rugby league player, a current Intrust Super Cup coach and Vikings have in common?

The answer is they form the nucleus of rugby league’s newest region establishing a foothold on the international rugby league scene.

Fabian Wikander, a 28-year-old Australian expat, is the brainchild behind the Scandinavian Vikings Rugby League movement and is getting it off the ground with what can only be described as hard work and sheer determination.

The team is a mixture of Norwegian, Swedish and Danish players who have shown their interest in playing with the newly formed Scandinavian Rugby League side that are ready to mix it up with other emerging nations.

Wikander’s parents were both born and bred in Sweden and migrated to Brisbane in the 1970s.

This is where Wikander could be seen plying his trade in various comps which also included stints in regional Queensland and Ipswich.

However, in 2013, Wikander put it all on the line and jetted out to Sweden to play for his parents’ country of birth.

Leaving his family and girlfriend behind, the flamed-hair Nord suited up for Sweden in 2013 and was appointed captain of the then Swedish national side.

Fast forward to last season and the Scandinavian movement was officially accepted into the Emerging Nations Cup taking place in Sydney in November.

The Vikings will be pooled against other emerging nations including the Latin Heat, teams from Africa and Asia to mention a few.

Ingebrigtsen, who has a love affair with rugby league in general and has a knack of developing players, was quick to jump on board as their inaugural leader.

What Ingebrigtsen can bring to the table is priceless. With a wealth of games under his belt as coach of Intrust Super Cup clubs Easts Tigers and Sunshine Coast Falcons and with ties to the Melbourne Storm, the Nordic players will have one of the smartest footballing brains overseeing their quest.

Other notable acquisitions to the side are Magnus Stromquist and Ingebrigtsen’s son Tye who not only is a handy player, but a passionate coach like his father and is currently in charge of the Mareeba Gladiators in Cairns.

Tye’s presence amongst the Scandinavian side will certainly add some experience to the younger players who will excel under the astute guidance of the Ingebritsen’s.

It has been suggested a training camp in October 2017 for qualified players will be held on the Sunshine Coast in readiness for the Emerging Nations competition.

“The facilities the Falcons have on offer to these players will be second to none and will certainly have the players in good stead come November,” Wikander said about the potential camp.

However, one hurdle the Scandinavians do need to overcome is sponsorship – or more accurately, the lack of it.

As an emerging rugby league world region, enticing new sponsors to the table is proving difficult.

Being an amateur organisation, players have to foot the bill individually unless sponsors come to the rescue.

This presents a bump in the road to attract players, who need to be willing to pay their own way to represent their country and heritage.

Once the Vikings have the backing of some potential big name sponsors, then essentials such as player kits, accommodation and food will be less of a distraction.

“We have the backing of the International Rugby League and now have a formidable coach in place,” Wikander said.

“Once we gather sponsors to back us; then I believe the SRL will be highly competitive.”