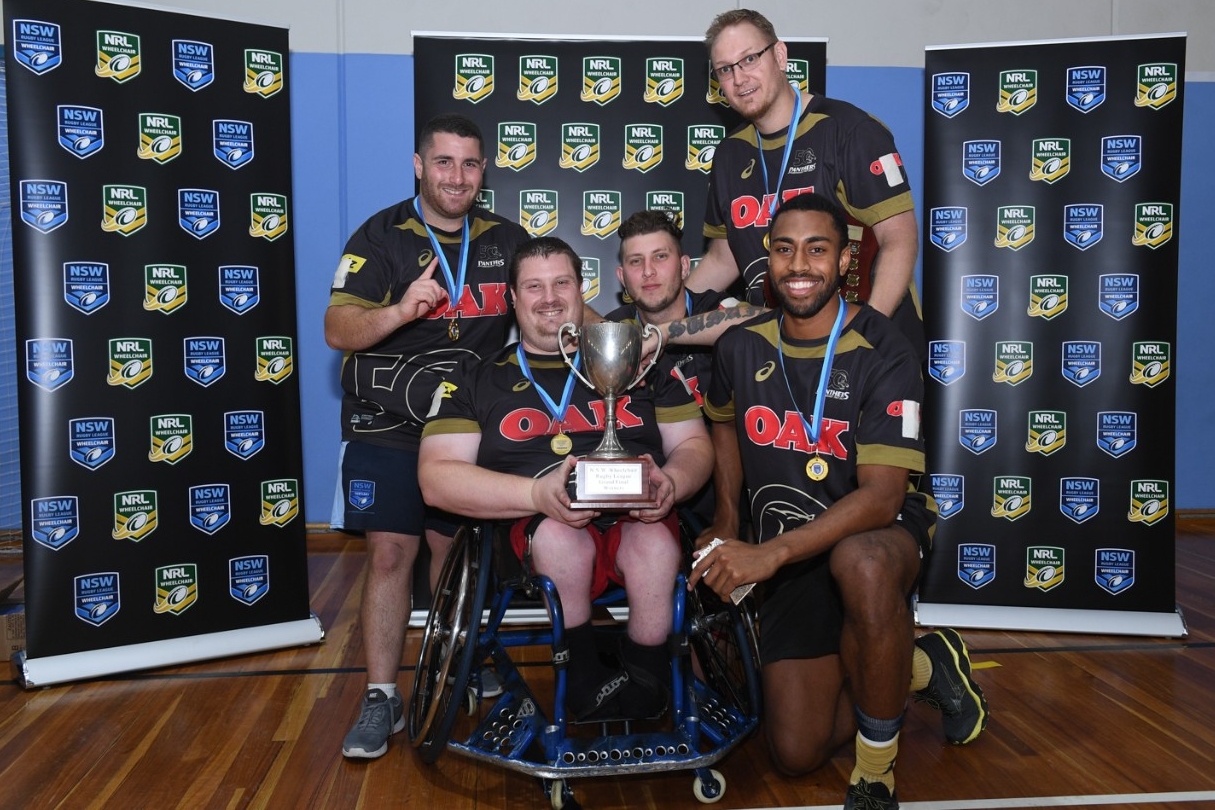 The Penrith Panthers have emerged victorious in the 2016 NSW Wheelchair Rugby League (NSWWRL) season, with a resounding 72-39 victory over the St George Dragons in the decider.

In a particularly high-scoring affair, the Panthers were dominant as they made amends for their 2015 grand final loss to the Dragons, also adding insult to injury after defeating the Dragons 65-10 in the final regular season round last week. Long-term captain and Wheelchair Rugby League advocate Nathan Pentecost explains how far the team has come in recent seasons.

“It’s a massive achievement,” Pentecost tells NSWRL.com.au. “Last year we made the grand final and we lost it, so to come back and make it again – and actually win one – was great.

Pentecost is passionate about the game, which is fully-inclusive for people with and without disabilities. Established in 2009, the NSW Wheelchair Rugby League has now held six competitions, with four teams (the Panthers, Dragons, Bulldogs and Sharks) all competing. Pentecost encourages people of all abilities to give Wheelchair Rugby League a try.

“It’s a great game,” Pentecost says. “Anybody can play whether they’ve got a disability or are able-bodied – come along and have a go.”

Pentecost has established a sub-committee of the NSWWRL with a view to set up a Western Sydney season in future, as the sport continues to grow. Earlier in 2016, he also completed a 48-hour ‘Push-a-thon’ – an event in which he continuously wheeled himself around the Penrith Regatta Centre to raise funds for much-needed equipment. His commitment to the sport last month earned him recognition from NSW Minister for Sport Stuart Ayres, as he was awarded a Premier’s Community Service Award.

“It’s a great honour, he actually surprised me with it,” Pentecost says. “I didn’t expect to have it, so it’s a great privilege to have that.

“I just wanted to thank the Panthers football club for supporting us over the years.”

The finals series came under the watchful eyes of Australian selectors, with players vying for a place in the national team to take on the World Cup in July. A number of players from Penrith, who also finished six points clear of the competition to win the minor premiership, will be hopeful of selection in that squad.