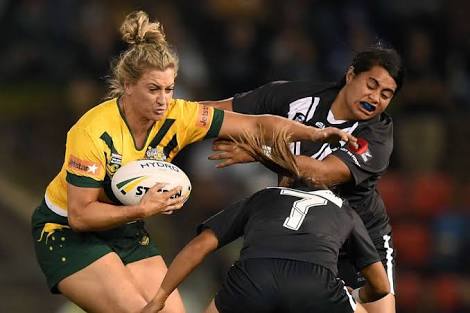 Competition favourites, the New Zealand Kiwi Ferns and Australian Jillaroos, have been drawn in different pools for the 2017 Women’s Rugby League World Cup.

The 5th Women’s Rugby League World Cup will be played in Australia, with the pool matches and semi-finals to be played in the Southern Cross Group Stadium in Cronulla, New South Wales between November 16 and 26 before the Final at Brisbane on December 2.

The tournament will feature six nations, with the Kiwi Ferns and Jillaroos to be drawn with England, Papua New Guinea, the Cook Islands and newcomers, Canada.

The Pools for the tournament will be:

The top two teams from each pool will compete in the semi-finals.

Group fixtures will be announced in the coming months.