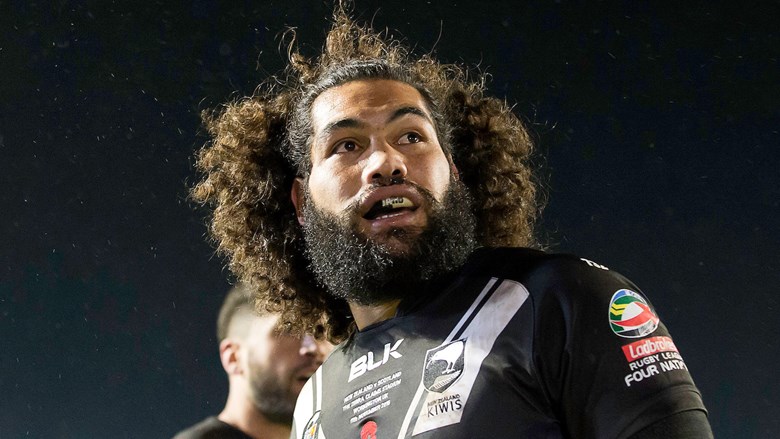 NZ Kiwis look to defend their tournament title and world #1 ranking, when they face Australia on Monday morning 3:30am (NZ time) in the final match of the 2016 Four Nations.

Coach David Kidwell has acknowledged it has been a difficult task naming the final squad considering the effort all members of the tour have shown.

“The intensity, application and focus has gone up another level this week. I’ve been really pleased with how the boys have responded and it’s made the job harder to pick my squad which is really positive.”

Apart from Kiwi #704 Thomas Leuluai (broken jaw), all other players were in consideration for the team.

Adam Blair will become the seventh player in history to play 40 tests in the black-and-white jersey, joining Issac Luke, who achieved this milestone last week.

“This very rarely happens, players reaching this level,” says Kidwell. “Both men hold so much mana in Te Iwi Kiwi and as they always do, they will help lead the team on Sunday.”

Jordan Kahu, Shaun Kenny-Dowall, Kevin Proctor and Jason Taumalolo all return to the playing squad after last week off, as well as Lewis Brown and Jordan Rapana, who were 18th and 19th men.

The Kiwis could be the first team ever to win consecutive Four Nations titles.

“The main thing is concentrating on key areas in our game and taking opportunities,” says Kidwell.

“We’ve worked extremely hard all tour and now it’s time to show that on the field for a full 80 minutes.”

The full NZ Kiwis team (in alphabetical order) to face Australia in the Four Nations final is: