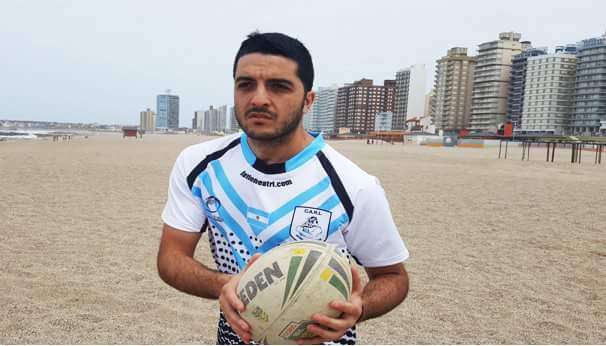 Why is this important?
This is the first time domestic rugby league players from multiple Latin American Nations will play each other in international competition, held in a South American location.

Hasn’t this been done before?
No. The only previous international rugby league games played in South America were between Argentina and Australian Police in 2005, both of which were won handsomely by the police team.

All other games featuring Latin American nations have been formed from expatriates and heritage players living in Australia and the USA. Never have two Latino nations played each other on home soil.

And the Argentinians are known as the Penguins right?
Not anymore. Under their previous incarnation when they were administered by Coda Sports (a conglomeration of various ‘alternative’ sports), they were indeed the Penguins. Since the rise of a wholly dedicated federation – Confederacion Argentina de Rugby League – they have been known as the Jabalis.

Pronounced in English with a ‘h’ sound, a jabali is a form of wild boar.

So who else is competing?
Originally the Primer Torneo Sudamericano was intended to be a three-way competition between Argentina, Chile and Brazil. However, as is the Latino way, things have changed quickly as the concept has progressed. There are now five teams in the tournament – Argentina (Jabalis), Chile (Weichafes), Mustangs, Wild Ducks and Latin Heat. Mustangs and Wild Ducks are additional Argentinian teams which have been added, representing the Argentinian provinces (Mustangs) and the national capital (Buenos Aires). Latin Heat is a composite of Brazilian, Chilean and other domestic Latino nationalities.

So there’s no Brazil then?
Not as a stand-alone this time. While there will be a Brazilian flavour in the composite Latin Heat team that lines up, unfortunately a lack of funding and a tenuous political landscape made it difficult for Brazil to travel as a squad. There are plans underway for Brazil to be included in another tournament in early 2017, hopefully involving Uruguay as well.

What will be the format?
Argentinian officials, mindful of many players and supporters coming from a rugby union background, have compromised with a shortened 9-a-side format. This is both to keep the event entertaining for newcomers, and also provide a gradual education in the rules of the game. Games will be longer than a usual 9s game however, and will feature 12-minute halves, with 5 minutes for halftime.

When does it start?
There are nine games scheduled, kicking off 10.30am Argentinian time on Saturday, November 12. This is equivalent to 2.30am Sunday in Auckland, 12.30am Sunday in Sydney, 11.30 Saturday in Brisbane and 1.30pm Saturday in London. As each game will take approximately 30mins including breaks, the showpiece event between Argentina and Chile should commence four hours later at 2.30pm Argentinian time (6.30am Auckland, 4.30am Sydney, 3.30am Brisbane, 5.30pm London).

Why is the game being played at Miramar?
Miramar is located 450km south of Buenos Aires on the Atlantic coastline and is home to both wonderful beaches and top Argentinian hospitality. While only 30,000 people live in Miramar, it is just a 20 minute drive from tourist mecca Mar del Plata (population 500,000). Local businesses Albosa SRL Security and Miramar Inmobiliario (property agents) have been strong supporters of the growth of Argentinian rugby league from the outset, as has Club Defensores, the field which will host the event. For a long time it has been hard to gain access to fields and players in the capital of Buenos Aires. The advent of Wild Ducks being added to the competition is a significant step towards re-engaging that important demographic.

Who should win between Argentina and Chile?
There’s a toss of the coin in this. Chile has never been defeated by another Latin American team in games played in Australia. However, only two Australian-based players – Jonathan Espinoza and Ben Fisher – have made the long trek to Miramar. The rest of the team which travelled 30 hours overland by bus this week will all be making their international debuts. Argentina will be similarly wet behind the ears, but in a nation where there are more than 100,000 rugby union players, they are sure to come from a strong contact sports background. Unlike most international rugby league games played in 2016, none of the opposition players have ever met each other, harking back to the type of rivalries we saw in the 1950s. And if you’ve watched either of the past two Copa Americas, both won by Chile against Argentina on penalties, you will know the amount of pride at stake.

Who should I cheer for?
The referees. Juan Jasso completed four flights to get to Miramar from Manchester, going via Paris, Sao Paulo and Buenos Aires before touching down in Mar del Plata. Thrust into the spotlight as a target of racism post-Brexit, Jasso is doing the officiating on a voluntary basis out of a pure love for the game. His colleague Aaron Kesha has flown in from Auckland and, despite not speaking Spanish, has been helping develop the players in the lead-up to the game. Kesha has previously performed a similarly invaluable role for Russian Rugby League.

Hugo Froes. A pint-sized Brazilian who will line up for the composite Latin Heat team in this tournament, Froes is all heart. He made a six-hour bus ride through torrential rain along winding, mountainous roads where fatal accidents often occur just to board a flight in Sao Paulo and fly to Argentina.

Miguel Saint Martin. A talented leader of Argentina’s side, he is also an important off-field figure who has helped promote the code to the younger generation in his country. In Emerging Nations rugby league a talented general and playmaker who can spot opportunities can be all the difference.

Jonathan Espinoza. A foundation figure in the rise of Latin American Rugby League, he has paid his own way to Chile to help run development clinics and promotional activities in the lead-up to the game. Also a very talented rugby league players who has both power and skill. If only he ate fewer hamburgers!