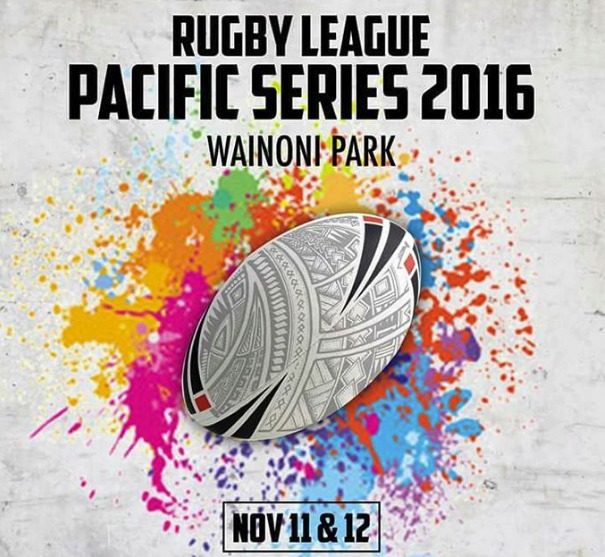 Rugby league’s rapid expansion and diversification throughout the South Island in 2016 is further highlighted by the last major event of the year, the inaugural Rugby League Pacific Series tournament.

Informal games have been played between various ethnic groups in recent years – particularly from the Maori and Samoan communities – but the new concept will see eight senior teams competing in two days of high-quality rugby league action at Wainoni Park in Aranui on Friday the 11th and Saturday the 12th of November.

Teams will be split into two pools, with each team playing three round-robin games on Friday and the tournament culminating in semi-finals and finals for the Championship and the Plate on Saturday.

The tournament is a celebration of rugby league and will have a strong community and cultural focus. Included during the two days will be a women’s match (Samoa v Maori) and several juniors fixtures played in between the senior games.

“It’s a great chance for every group from within the rugby league community to come together under the same banner,” Southern Zone Rugby League General Manager Steve Martin says.

“The tournament also creates the opportunity to celebrate not only rugby league, but each group’s individual culture and heritage.”

The Pacific Series will also be utilised to promote important messages about men’s health, youth suicide prevention and mental wellbeing.

Cronulla Sharks grand final hero and NSW Origin star Andrew Fifita will be present over the two days of the tournament to help push those messages. NZRL ambassador and former Warriors and Kiwis winger Henry Fa’afili will also be attending the tournament and mixing with spectators.

In addition, Fifita will be talking about his battle with depression – and the need for those battling mental health problems to speak up – at functions associated with the tournament.

Several Rockcote Canterbury Bulls players are slated to turn out for the various teams, while a huge crowd is expected for what is hoped will become an annual event on the rugby league calendar.

The matches start at Wainoni Park at 8.30am on Friday and 9am on Saturday.