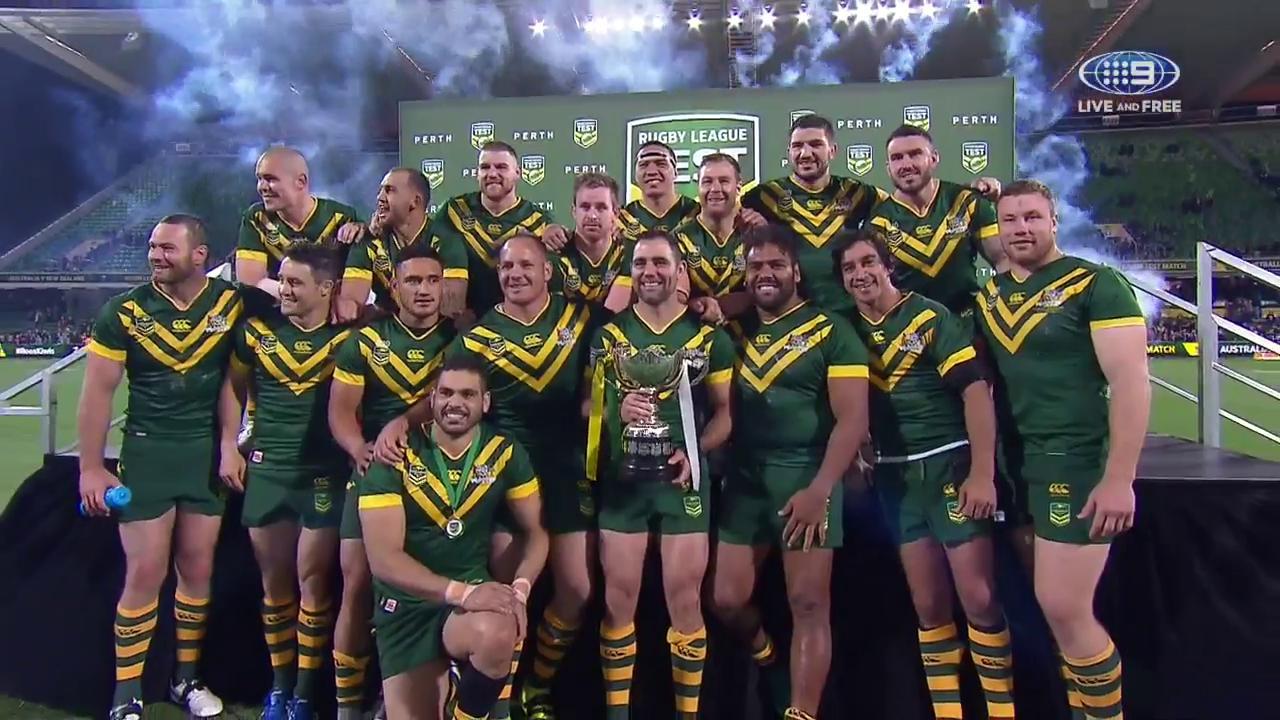 Australia record back to back wins over Kiwis

Australia left new Kiwis coach David Kidwell with plenty of work to do ahead of the Four Nations in a fortnight’s time, with Inglis securing his 30th try for Australia in front of a 20,000-strong crowd.

Kiwis prop Jared Waerea-Hargreaves made his presence known in the first three minutes of his Test return by hitting five-eighth Johnathan Thurston across the face, and putting his immediate Four Nations future in limbo.

But it became much worse for New Zealand’s rookie mentor Kidwell with a poor showing from veteran centre Shaun Kenny-Dowall and an uncharacteristic performance from skipper Jesse Bromwich.

The Kangaroos scored the game’s first try in the eighth minute when fullback Darius Boyd made cannon fodder of new centre-wing combination Kenny-Dowall and Jordan Rapana.

Inglis was the Kangaroos’ next try scorer in the 14th minute when a Valentine Holmes kick deflected off the head of Kiwis fullback Jordan Kahu and into Inglis’s arms to give the hosts an early 8-0 lead.

New Zealand halfback Shaun Johnson kicked into gear midway through the first half when a short ball put back-rower Kevin Proctor over for the Kiwis’ first try.

While a spirited effort from both sides followed for the remainder of the first stanza, the score remained unchanged at 8-6 by half-time.

It didn’t take long for the Kangaroos to stretch ahead once again in the second half when Holmes scored in the 43rd minute after the home side capitalised immediately from another Kenny-Dowall error.

The Kangaroos put the result beyond doubt when Inglis scored his second try in the 68th minute. A grubber from dummy half by skipper Cameron Smith rebounded favourably off Inglis’s legs, allowing him to simply fall on the ball over the white stripe.

Kiwis debutant – and perhaps his team’s best – Solomone Kata looked to give New Zealand a sniff in the final six minutes but he was ruled to be offside by the bunker.

Kangaroos back-rower Boyd Cordner put the icing on the cake after a strong individual performance with a four-pointer at the death when he bullocked his way past Johnson and Kenny-Dowall.