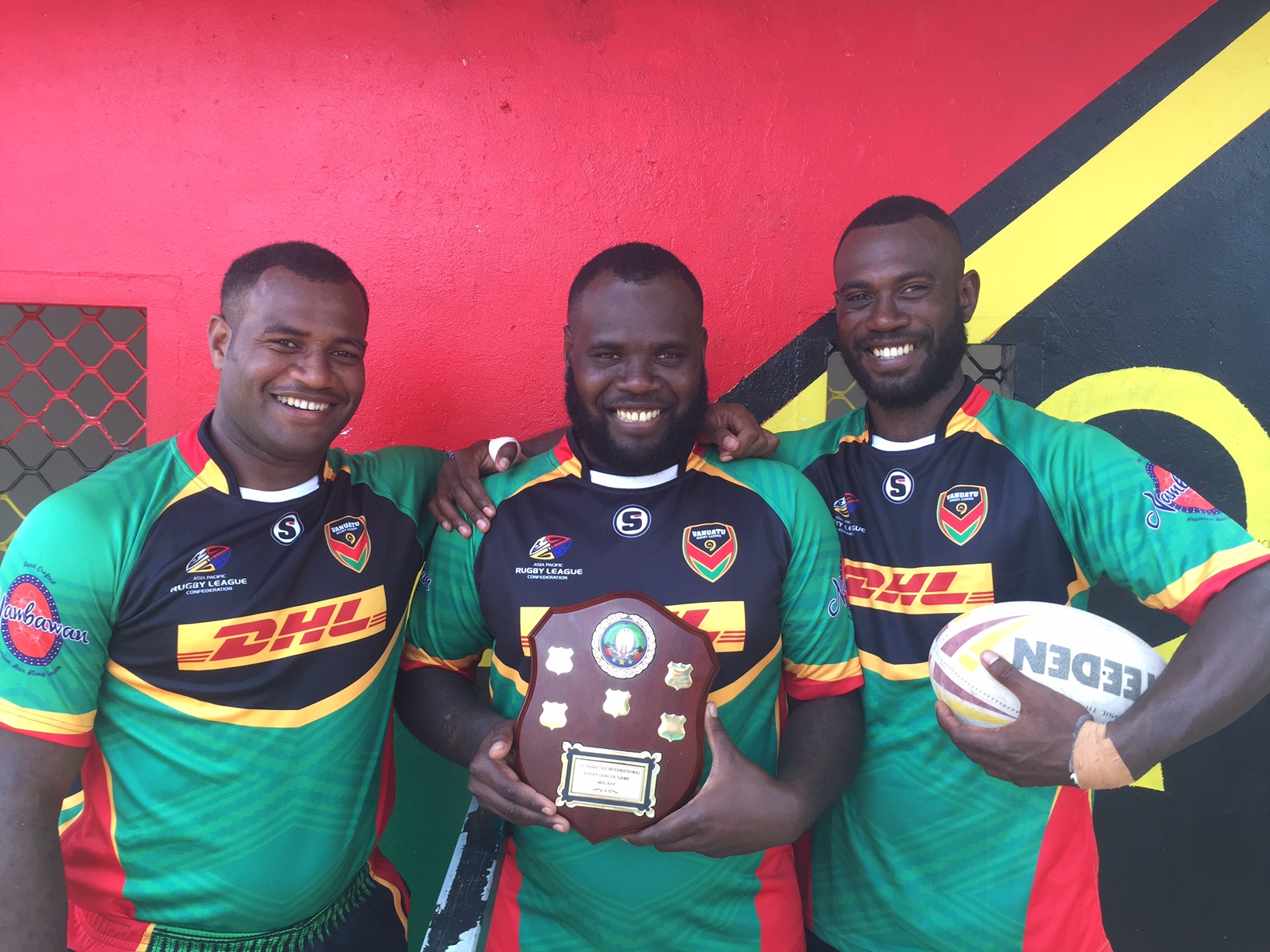 The decision was made by the VRL Executive due to the service he not only gave all Vanuatu sport but especially in its development since December 2011. The VRL’s inaugural and current President Tom Carlo is the son of the late Joe Bomal Carlo.

Commenting on behalf of the family, Tom Carlo said “It is an honour to have the International Test match be given this recognition to my late father for his contribution to not only sport in Vanuatu but also the Oceania region. My family thanks the VRL for this tribute in remembering the late Joe Bomal Carlo.”

Continuing the family theme, the Vanuatu Rugby League team will for the first time feature three brothers in the same team. The Lui brothers will contribute Tonny, Ben and Danford. Tonny, a hair stylist for the world famous drama Love Patrol will be playing his fourth Test match for Vanuatu. Ben, who works for Virgin Australia will be playing his third game. Danford, from the Vanuatu Military Force will be making his Test debut.

It will also be a milestone game for Jason Pakoasongi as he becomes the only player to play his 5th Test Match and will become the all-time leading record holder for Vanuatu after the match, having played in all Test Matches to date. Jason, a 37-year-old lawyer will also have the chance to become Vanuatu’s leading try-scorer, a record he currently shares with Joshua Tanner and Robbie Congoo with 3 tries.

The Annual Island of Origin Rugby League game between the Port Vila Fire Ants and the Santo Boars will kick off the day’s proceedings. Fans are encouraged to get to the game early to watch what is in its own right a main event