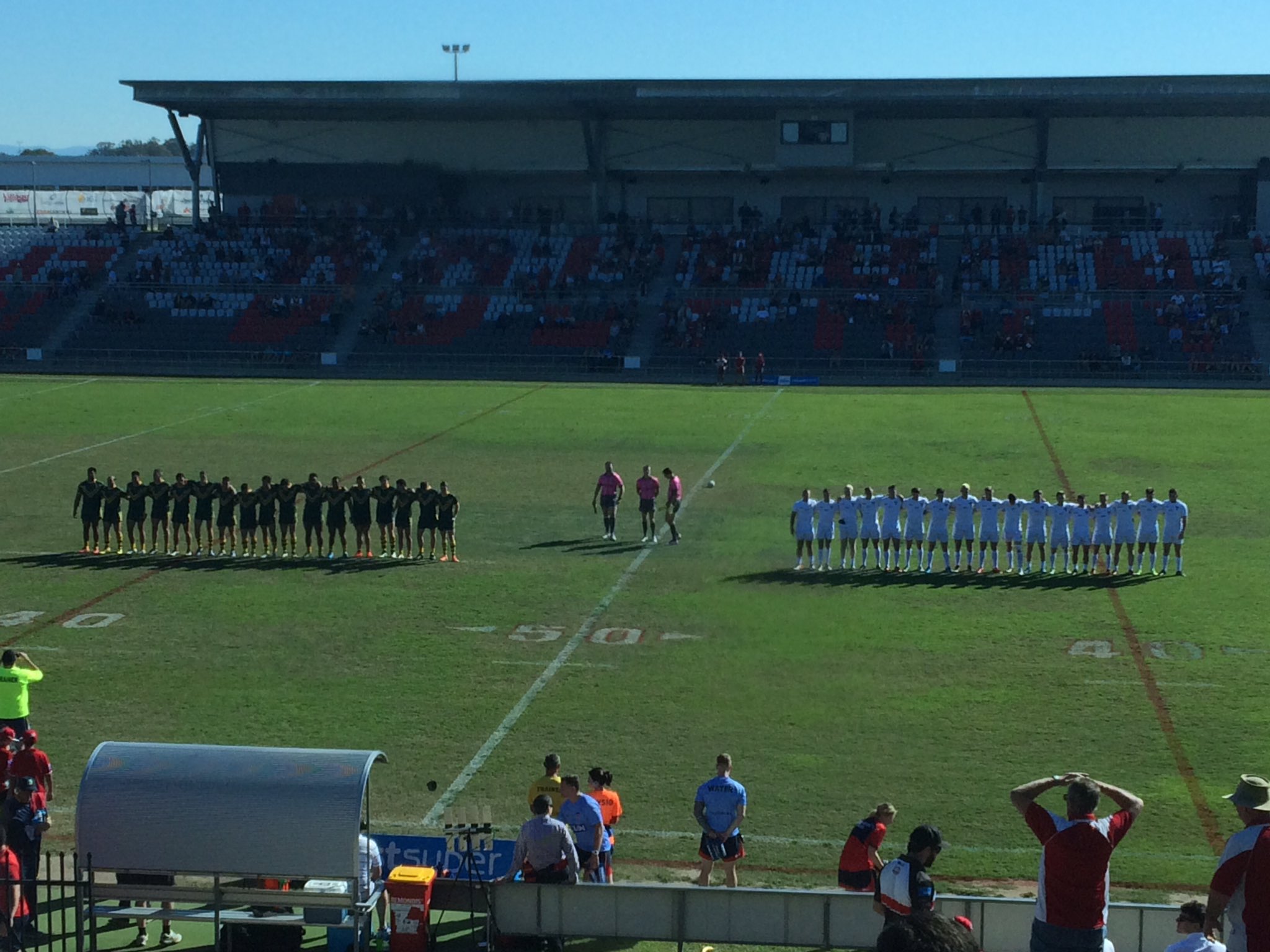 A warm, sunny day in Queensland saw England get off to a bright start. After some good early defensive work, England moved the ball wide to Joe Wardill who made a break and beat the full-back Nic Cotric to score.

The tourists looked good for their four point lead with some excellent kicking form scrum-half Rob Fairclough. However, a penalty gave Australia a good attacking platform deep in the England half and Cotric side-stepped his way over with Sean O’Sullivan adding the conversion to give his side the lead.

They went further ahead following another penalty with the ball moved left to Mawene Hiroti who squeezed over in at the corner. O’Sullivan converted to put his side 12-4 ahead.

Midway through the half England begin to exert pressure on the Australian defence forcing errors. A penalty gave them a set near the line and a short pass from Josh Ganson enabled Matty English to power over from short range, the conversion bringing them within two points.

But three tries in six minutes before half-time put Australia firmly in control. Lomax claimed the first from a high bomb and prop Thomas Mikaele crossed for the second after a rampaging run to the line. Hiroti added the third on the stroke of half-time and two conversions from O’Sullivan gave the home side a 28-10 lead at the interval.

England’s task was made all the more difficult having lost Caine Barnes and the influential Fairclough towards the end of the half.

However, they began brightly, a repeat set saw some good early pressure which resulted in Danny Walker scooting over for a converted try. But Australia gradually took control of the game and rattled up 22 points without reply through tries from Tuimavave Afuola, Zac Lomax, O’Sullivan and Brodie Jones with O’Sullivan converting three to make it 50-16.

But England had the final say with Liam Paisley crossing after some neat play and Lewis Heckford stepping over from close range. Morgan Smith wrapped things up with the conversion.

England Academy coach Andy Kelly said: “We got a lesson in clinical finishing. When we made errors and gave penalties away the Australian side punished us. We lost Rob Fairclough early in the game, and one of our middles, so our rotation off the bench wasn’t great and didn’t give us a lot of options. But it’s Test Match football and you’ve still got to front up.

“I just don’t think, across the park, we held our strength long enough to withstand what the Australians were doing. We’re all going to have to work harder, there’s more in our performance than we’ve shown today.

“They are a very good side but we’ve seen them and their structures, so we’ll know a little bit more going into the next game. Twenty six points is a good return on our attacking football, so we asked the right questions when we had ball in hand, we’ve definitely got to be more physical and clinical.”