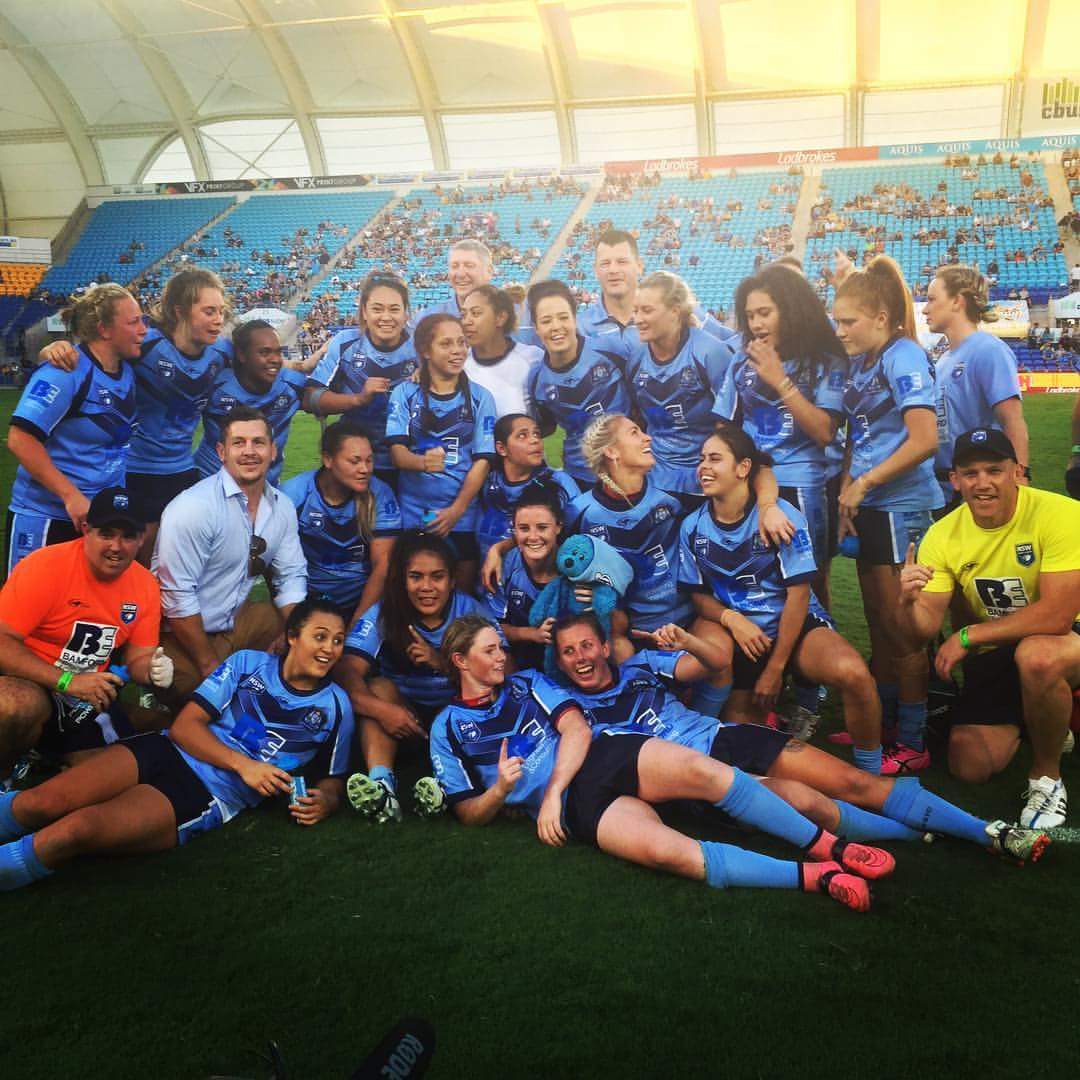 New South Wales have broken Queensland’s 17-year stranglehold on the Women’s Interstate Challenge with a courageous 8-4 win to claim the Nellie Doherty Cup at Cbus Super Stadium on Saturday.

It took until midway through the second half before first points were scored as the weight of history inspired desperate defence from both teams.

The class of Jillaroos Sam Bremner and Kezie Apps was evident all game but the NSW defence held firm until 20 seconds from full-time when Ali Brigginshaw scored for Queensland.

On the back of more pressure on the Queensland goal-line NSW lock forward Simaima Taufa broke the deadlock in the 53rd minute with Maddie Studdon’s conversion giving them a six-point buffer.

Only committed NSW defence prevented Amelia Kuk from scoring Queensland’s first try 14 minutes from full-time and hooker Brittany Breayley was denied a try 10 minutes from the end due to interference with the NSW marker at the play-the-ball.

History was sealed four minutes from time when Sam Bremner – who had been superb all game – split the Queensland defence before copping a high shot 10 metres out in front of the posts, Studdon slotting the penalty goal with ease.

NSW dominated the first half but desperate defence and missed opportunities saw the two teams go into half-time locked together at nil-all.

NSW back-rower Kezie Apps made an early bust before she was brought down short of the line and then 10 minutes in emotions spilled over when Vanessa Foliaki took umbrage at a strong tackle from Queensland winger Kody House.

NSW kept pressuring the Queensland defence but the Maroons girls kept turning up in defence and had the best of the chances in the final minute if the half, Amelia Kuk spilling a pass close to the line.