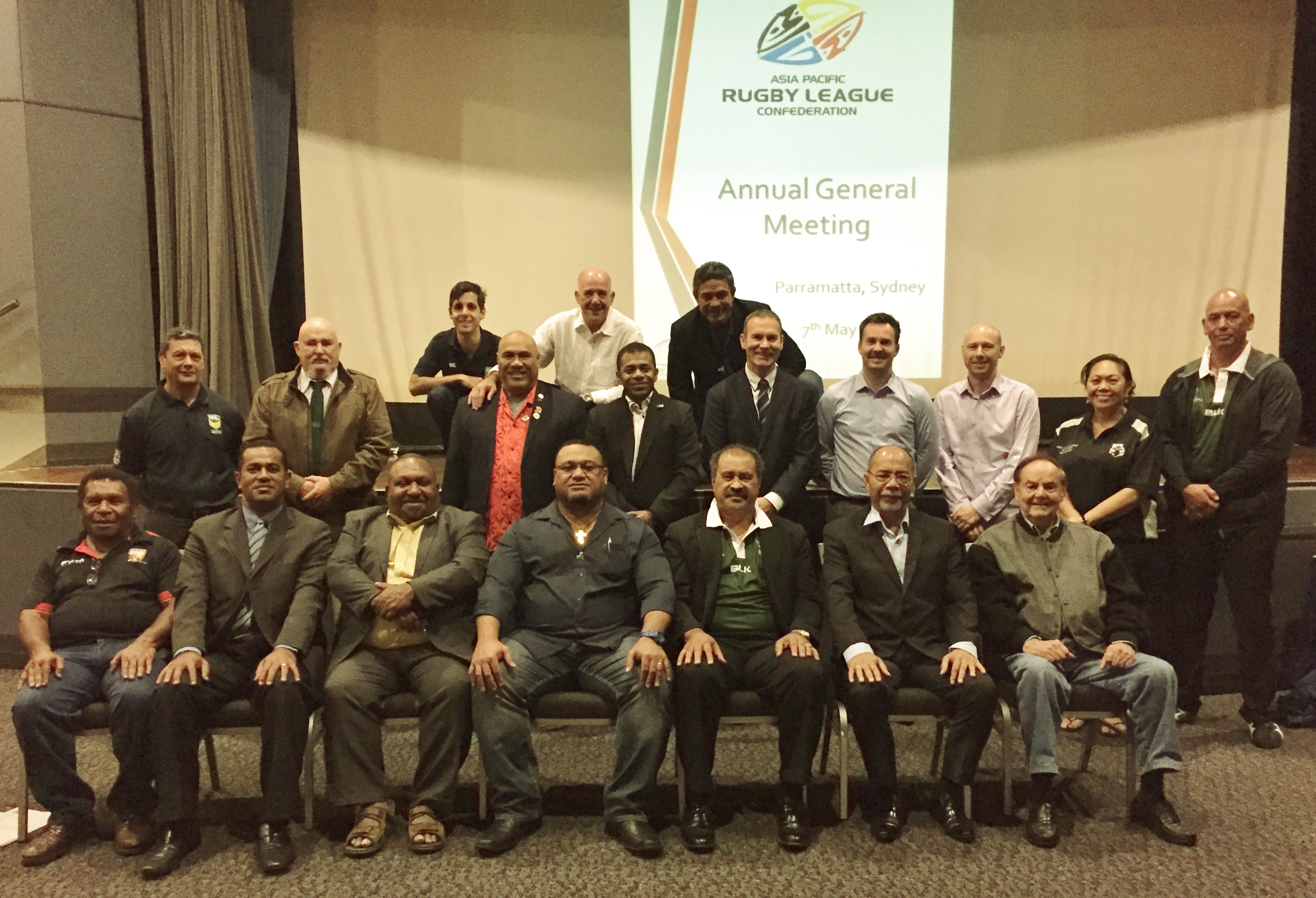 The 2016 Asia Pacific Rugby League Confederation (APRLC) Annual General Meeting (AGM) took place at Parramatta Leagues Club in Sydney on Saturday May 7 in the lead in to the 2016 Pacific Test Double Header.

Representatives from full member nations, Australia, Cook Islands, Fiji, Papua New Guinea and Tonga were at the meeting, with New Zealand the only full member not represented.

As part of the meeting, the South African Rugby League was officially added as an full member of the APRLC.

Delegates in attendance were: